In case you haven’t been outside or near the waterfront lately, there’s a 3 masted beast of a sailing ship docked on pier 66. You might have also gotten a glimpse at some of the decorated sailors meandering the streets. I couldn’t find any information on the ship until this morning. West Seattle Blog takes it away… 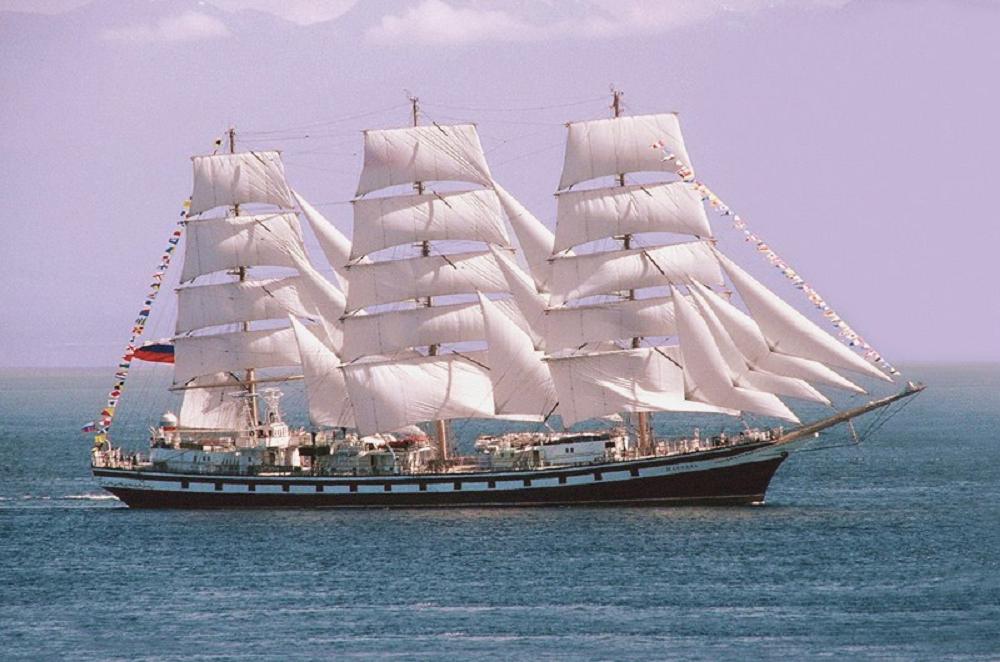 After getting a question about the tall ship docked downtown at Pier 66 – our friends at KING 5 mentioned it last night – we checked with the Port of Seattle to see how long it’ll be around, and they said they’ve just gotten a schedule for public tours. It’s the Russian ship Pallada, said to have at least at one time held a record as the “fastest sailing ship” in the world, owned by the Far Eastern State Technical Fishing University. It’s on a goodwill tour, carrying what this report from Russia describes as “an exhibition featuring the 50th anniversary of Yuri Gagarin’s space flight and the 270th anniversary of the discovery of Russian America by Russian seafarers.” According to port spokesperson Charla Skaggs, the Pallada is open for tours till 6 pm today, 10:30 am-4 pm tomorrow, and 10:30 am-3 pm on Friday. She says it’s scheduled to leave later Friday – no exact time yet; the Russian report says it’ll be bound for Japan, after having stopped here, in B.C., and in Alaska. Via the WSB Facebook page, Rob pointed out his photos of the Pallada visiting Puget Sound in 2005 for the Tall Ships Tacoma festival.