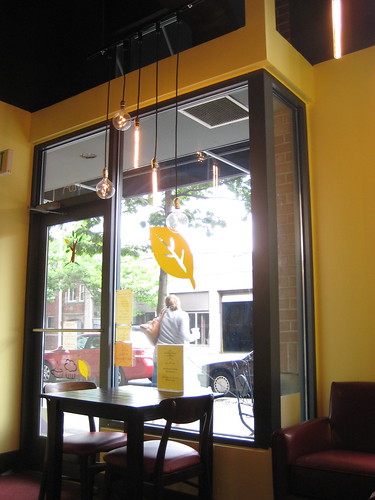 Run to the Cupcake Shop! Not the response you were expecting? Read on to see why…

Meet Yellow Leaf Cupcake: aka The New Kids on the Block,dubbed this name by kfears who was a judge and our news source for an underground cupcake-off that happened two weeks ago, where Yellow Leaf triumphed when measured up next to some of the biggest names in Seattle Cupcakes.

Here’s the story of the Cupcake Men: Mike and Tony, the owners and creative flavors of Yellow Leaf cupcake just moved here from LA. Tony helped run the California Hospital Medical Center in DTLA. Mike was the disaster preparedness man for the hospital (hence, run to the cupcake shop if there is a disaster, chances are that Mike is prepared) 🙂 . They decided to do something “wacky” so they quit their jobs in LA and moved to Seattle to start a cupcake shop. Big change of careers, eh? Mike is passionate about people doing what they love and what impassions them in life versus something just to pay the bills. Tony is the talent behind the bunch, loving to bake since an early age. With no uber-formal baking training, he thinks outside of the box to come up with unconventional creations that just tickle your senses. Mike’s favorite cupcake this week is blueberry bluecake (the cake is bright blue! Freak out!). My personal favorite of this week is peanut butter chocolate (tastes like a richer reeces peanut butter cup, mmm) And of course the rootbeer cupcake tastes like rootbeer! And I love the chocolate coconut almondy one (though i forget its name!). I digress, back to Mike and Tony…”Cupcakes, they’re just cupcakes, ” Mike says.

So stop by the Yellow Leaf Cupcake shop on Blanchard and 4th, say hi to Mike and Tony and welcome them to the neighborhood. Ask about what the monthly charity cupcake is, where they donate a dollar of every cupcake to a local charity, and be sure to buy it! This months is the Root beer cupcake for the Children’s hospital. These guys have a real heart for the community of Belltown and helping to make this a thriving community. Cupcake shops should be places where people can go and leave their bad attitudes, stress and anxiety at the door for a moment of sweet relief.  And I’m so glad that we have a little bit of this sweet relief in our neighborhood now. Mike sums it up like this: Cupcakes, Babies, Puppies, Smiles. Need I say more?. 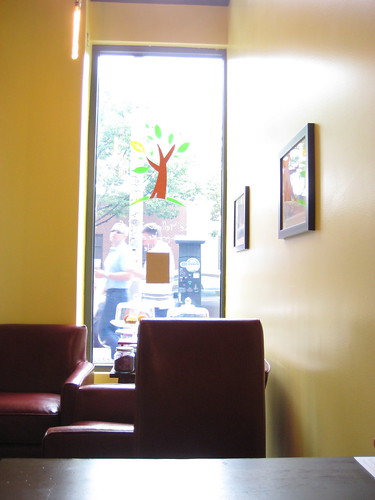 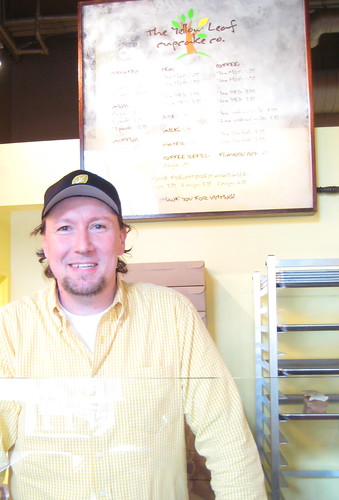