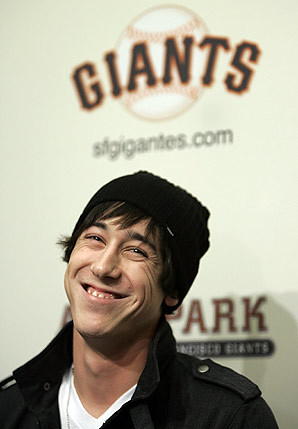 Tim Lincecum hasn’t forgotten his roots. The kid from the Great Northwest has bought some great property in downtown Seattle, giving him his own place to stay when he visits his homeland.

The Seattle Times, citing public records, reported that Lincecum bought a 2,400-square-foot condo on the 28th floor of the luxury Escala tower at Fourth Avenue and Virginia Street. The pad has a 500-foot deck.

Also, some crazy information from the article. The guy who bought the $6M top penthouse at the Escala? Joel Diamond. Sound familiar? Maybe because you’ve seen all the Diamond parking signs all around Seattle? I guess it pays to park! No wonder the city wants in on that pie!
Read more: