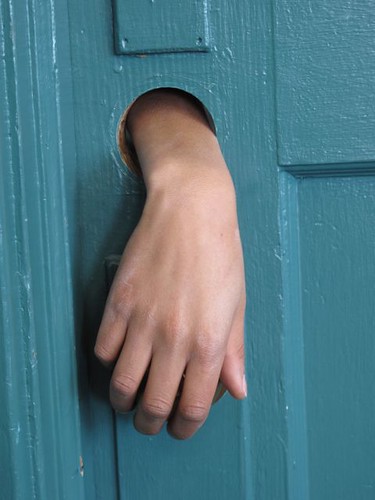 You have exhausted every avenue you can think of to get your bosses bosses boss to stop and listen for a moment to conditions percolating in a number of their schoolhouses.

No reply and silence are the sanctioned responses to your pleadings!

You have appealed to women, who are the biggest victims of discrimination, across this great land. Silence echoes in reality, and silence echoes from the virtual realm.

Maybe your big cause is just your own frazzled view of the situation? Maybe people being ignored, bullied, harassed, demoted, let go, and terminated with prejudice by their church bosses is normal, and not of concern, to the average person out there in the mall?
Is it possible no one really cares?
Don’t women care?

Employees, too scared to act themselves, have asked you to look into whether or not they could join a union.  You tell them you will look into it for them. You also share, without their prompting, that they actually have all the power they need if they would just use it. They cringe in fear of losing their job if they challenge the Catholic Church openly. They know in their hearts that the rhetoric has no basis in fact and their contract will not be renewed for any number of reasons.
Hard to believe! The very organization that uses “love” to fill the plate uses fear to manage the flock.
One of the teachers, who met you at Starbucks, far from their school, said in reference to the church leadership and it’s treatment of employees, “What kind of a shepherd leads the flock back to the wolf?”
The wolf, in this case, would be unemployment, without unemployment income, no future in the church school system, no medical coverage because teachers couldn’t afford Cobra payments, no transferability to the public school system because they may have taught in a system with a curriculum that was antiquated and irrelevant to the needs of modern children. Many teachers have been in the church system too long to entertain any big moves unless they are willing to go somewhere no one really wants to go. How does a village a hundred miles southwest of Prudhoe Bay, Alaska, sound to you? Maybe the third world? Surly your life long partner and children won’t mind giving up their job and school lives to move with you to the “back a beyond.”
The teachers know they made a bad decision years ago. They hope you can find a bone laying somewhere in the dustbin that will give them hope.

Full of enthusiasm you contact various unions who represent teachers across the country. After days of chasing people around, and finding that many don’t answer, or return phone calls, you make contact with representatives of the American Federation of Teachers (AFT).  Your initial conversation is positive and they are eager to help organize the 73 parish schools in western Washington. They tell you that teachers need not be afraid because the National Labor Relations Board (NLRB.) protects them.  The union representative shares that the teacher’s intent will be held in confidence and that the Archdiocese cannot take any action against them. You hang up from your initial contact confidant that teachers may get their day in the sun.

A couple of days later your enthusiasm is shattered on a big rock of reality. The union lady calls you back saying there are a few “hitches” that might inhibit a successful plan to unionize.
The first “hitch” is the church organizational construct that has created separate stand-alone parishes that manage, “own”, the school attached to them. So, a parish is in charge of a school making it a separate entity that would have to organize as that school by itself. It could not be part of a larger entity because legally none of the 73 schools report, or are owned, upstream to the Archdiocese. In the land of make believe societies legal system accepts what is not true. Of course they report to the Auxiliary Bishop/Superintendent of Schools and the Archbishop, who reigns supreme above all. The problem with reality is the church bureaucrats will tell you they cant do anything because they are guided by Canon Law, which is not subordinate to man’s law. Some “hitch!”

The second little inhibitor is that any school that wants to organize on its own must have revenues of a million dollars. Well, that is the death knell to the very schools that need some representation and collective bargaining the most.

Silence annihilates enthusiasm when the teachers hear the news that they are stuck.

You leave the meeting knowing nothing will happen and that these teachers will clam up and suffer in the warmth of knowing they, at least, still have a job.