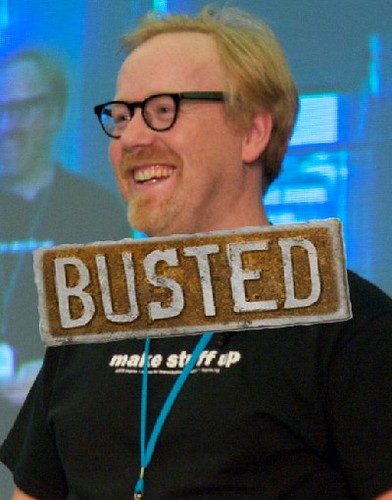 W00tstock is an all-nerds gathering for every type of nerd be it computer, musical, scientific, artistically-based and so on.  Promoted as three hours of geeks and music, w00stock attempts to link all breeds of nerd together in a mish-mash of songs, readings, comedy, demonstrations, short films, special guests and more.

Famous TV geek Adam Savage, of MythBusters, will host the festival while film and television actor Wil Wheaton, of Star Trek: The Next Generation and Stand By Me, will be on hand with music-comedy duo Paul and Storm.  The special guests scheduled for Seattle’s stop include singer/songwriter Molly Lewis, musician John Roderick, sketch comedy troup LoadingReadyRun and Stephen “Stepto” Toulouse from Microsoft and Xbox Live.

W00tstock 2.0 pulls into Seattle on Friday, May 7 for a 7pm show at The Moore Theatre.  Tickets are $25 advance or $28 day of.  A small price to pay to see Adam Savage in the flesh and likely setting off bizarre special effects.

In 2009 the first round of w00tstock shows quickly sold out in California.  From this astonishing feat, the creators knew they had tapped into a large and thriving market; the geeks.  Everyone has got a little geek in them somewhere, some more than others, which means w00tstock is an all-inclusive show for the masses.  As the saying goes, “let your freak flag fly.”

For more info:
The Moore Theatre