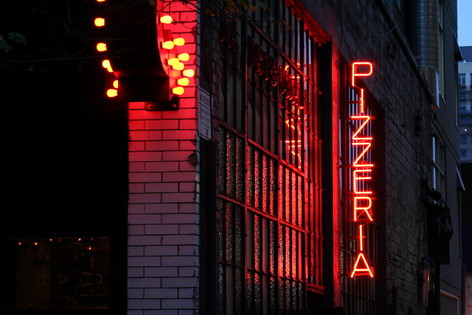 There’s been a rumor flying around the last couple weeks that Via Tribunali was going to vacate their space in the Crocodile. We’ve just confirmed that the news is true.

It’s not as dire of a situation as it sounds. The pizza oven is staying, the bar isn’t going anywhere either. The space will be absorbed into the Crocodile. Word has it that the wall seperating the two spaces will be coming down to make for more space in the Croc. I know that could be a welcome change for some people.

And, if your tears are just about to break, don’t fret little pizza lover, Via Tribunali has other locations in Seattle where you can get your fix.

5 Comments on "Via Tribunali retreats from Belltown…"