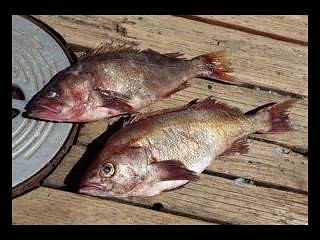 Personally, when I’m in the mood for poaching endangered species, I like to get out of the city limits. Suuuure, my palate years for the tasty meat of spotted owl on a daily basis, but that’s just an urge you have to fight when you live in the thick of Belltown.

It looks like a couple guys couldn’t take the heat. Three poachers were caught with 39 rockfish at Pier 86. What makes this story interesting is the fact that 1) Someone had the idea they could eat 39 Rockfish. 2) The Wildlife Cop used a nightscope to catch them 3) They actually caught fish within a frisbee throw from Belltown. O-mazing.