Just because a building is remarkably old, should it be saved for the sake of memory? What if the “historic” building was the equivalant of a modern day parking garage, except for horses? Well, it looks like the answer is a reasonable no. The Bon Marche livery stables are heading to a probable meeting with the wrecking ball.

Known as the Bon Marche stables, the 101-year-old, three-story, wood-frame building was recently declared a landmark, but after a recent city hearing examiner decision, the owners will be allowed to tear it down, anyway.

Seattle City Council members approved the change to the livery landmark status this week, but with a clear disappointment and a plea to the property owner to try to preserve the building if at all possible.

Take a good look at the photo before a decision to launch into a preservation induced riot. Is this a place you’d like to live? How about work? It looks like a ripe box of kindling if you ask me. With the recent Bell St. Park proposal , this plot of land might be a great new open space made available for an anchor development, or, gasp…park! What would it say about society, if one of the few buildings we actually preserved was really just a parking lot? Away with this beast of yore! 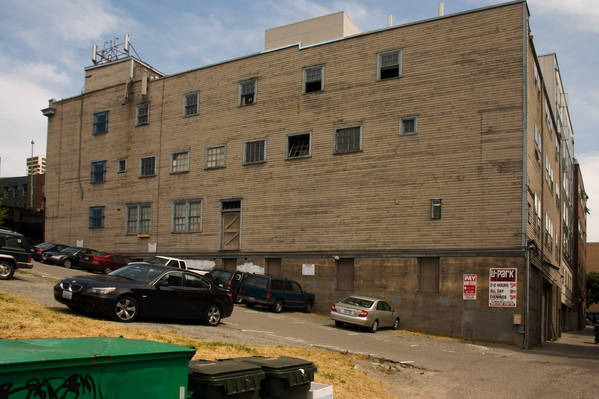 5 Comments on "Ugly Building Gets the Axe…"