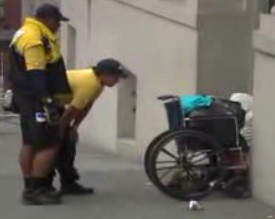 At the September 2009 BCC Open Meeting there was a vote to have a separate meeting specifically about the MID and its potential expansion into Belltown. This Forum is an opportunity to learn more about the MID and it’s impact on Belltown in the areas of safety / sidewalk & street trash, grafitti, fees, coverage area, and other neighborhood services.

Seattle City Councilmember Tim Burgess and Kate Joncas of the Seattle Downtown Association will respond to a series of submitted questions and others taken during this meeting. The discussion should be robust. This meeting relates to tax assessments so everyone should come.

This activity was requested by the Belltown Community so BCC strongly urges all Belltown residents, workers, property owners and businesses to attend. For more details click on: Potential MID Expansion Into Belltown