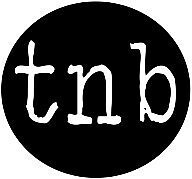 An intersection of lit and wit featuring six Seattle-based authors who write for the lauded arts and culture site, The Nervous Breakdown.

Over the past few years, I’d read great and magical things about The Nervous Breakdown events in New York, Chicago, Los Angeles and sundry other burgs. I scrolled through photos and comments generated by each reading and thought, Holy hell, that looks tastier than pizza. Each city fielded a deeply talented roster and the sense of excitement and cohesion was palpable. I looked forward to Seattle’s shot.

In May, I emailed our founder and editor par excellence, best-selling author Brad Listi (Attention. Deficit. Disorder.), and asked when this might occur. He explained TNB readings were self-generated and I volunteered to launch the premiere of TNB Seattle. Several dozen emails later, I’m thrilled to announce our line-up of authors (known scofflaws, all) and surrounding details:

Lauren Hoffman (the forthcoming essay collection, When I Feel You Because; a panoply of moving TNB pieces)

With chests puffed, fingers crossed, and perhaps, a drink or two imbibed, we’ll launch at 7 pm, Thursday, September 23rd at the Jewelbox Theater in the Rendezvous, purveyors of wickedly fun arts events and some of the best yam fries in the city, ensconced at 2322 2nd Avenue in the north part of Belltown. Five bucks at the door.

The Nervous Breakdown Seattle. Be there or we’ll talk about you.