The race for Seattle City Attorney has been fun to watch. I remember being at the Belltown Community Council meeting a couple months ago and being impressed by the contender: Pete Holmes. He was an articulate guy (something expected from a career attorney) but, also seemed to be genuine in his dislike of government waste. He rattled off a laundry list of lawsuits pursued by the city which he thought were frivolous and a waste a time. He had me. I hate government waste with a passion.

Then things started getting cranky! Tom Carr, the incumbent, went on the offensive. Tom has long be a thorn in the side of the nightlife industry here in Seattle. He’s threatened to revoke liquor licenses for clubs who overserve or allow underage people through the doors. Ok, understandable. These are both laws that deserve to be upheld. But, the clubs and bars had their feelings hurt and felt picked on by Tom’s overzealous attention. They went on a mission to raise money for Pete Holmes and to send a message that they’re a big deal and can’t be bullied around.  People believe that Tom in turn felt picked on and decided to flex some wild attorney muscle by harassing the bars who were on the fundraising list. Tom sent minions to prowl the street for drunkards around said offending bars – and to subsequently begin legal action against the clubs. Ohhhhh Take that! Told! 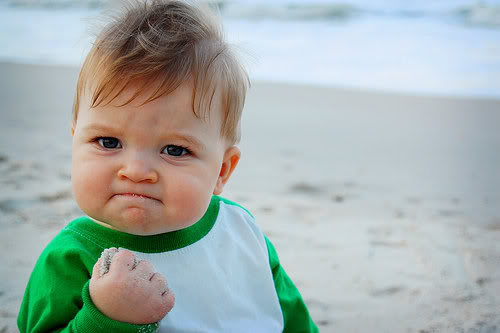 Here’s where I disconnect. All of the sudden everyone is distracted by a couple pissed off bars and a city attorney with thin skin. Is this seriously the top priority on the list right now? I’m not sure that I can tie this story up in a nice little bundle. I guess I’d just like to go on record with the thought that this is all incredibly embarassing as a Seattlite.

Whoever wins, I hope they actually get to work.