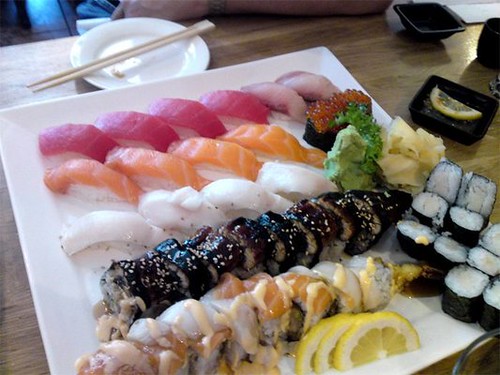 Almost unbelievable; the internet is turning out to be pretty awesome. The boyfriend of Sushi Wave owner here in Belltown wanted to help his girlfriend’s business out. So, he turned to the popular geek board reddit for some help and suggestions.

Hi guys! I think this is my first Askreddit in 3 years…. Anyways, my girlfriend owns a Sushi restaurant in Seattle (belltown area). During lunch it is pretty busy for a couple hours, but at dinner it is like a ghost town and she is barely breaking even. The food is really good, and the yelp reviews are pretty solid too, so I don’t know what the problem is. I made a facebook page and ad for the restaurant, but that didn’t seem to do too much. Any help would be appreciated! Thanks!

Next thing you know, the entire community is weighing in with valuable input. He’s received over 900 comments thus far – ranging from sushi chefs all over the country to people offering to build a website. Most recently, it looks like they’ve managed to find a new chef from one of the postings.

Don’t lose hope. The internet is thankfully more than viagra pills and nefarious inheritences. It’s a community of people that have the capacity to all help each other out once in a while.

Do your part, go gorge yourself on some delicious sushi from sushi wave (it’s actually great). If you mention reddit, I guess there’s some mysterious discount you’ll enjoy.

4 Comments on "Sushi Wave turns to reddit for help… gets some."