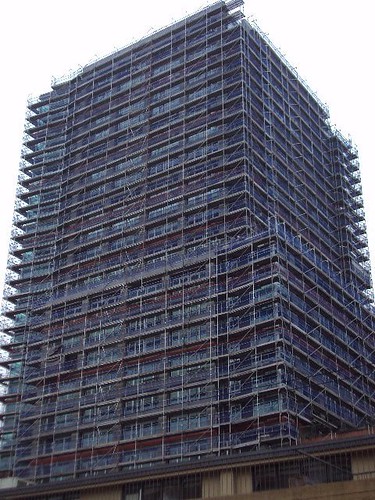 The Seattle Times has the most comprehensive write-up of the recent news that the McGuire building will be torn down. If you live in the McGuire and would like to provide us with a first person account, just send me an email.

Hundreds of residents and business owners who live and work in a modern, 25-story Belltown apartment building were told over the weekend to move out as soon as possible because of major structural flaws found in the building.

The building owner, a Seattle-based venture formed by pension funds and the local carpenters union, said it plans to demolish the high-rise.