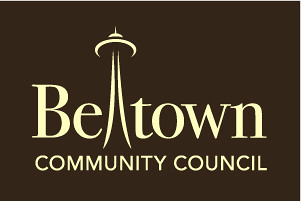 We just recieved word that Richard Nordstrom will be stepping down as the President of the BCC. Richard has, to put it succinctly, worked his ass off on behalf of Belltown. I’m personally sad to see him move on to greener pastures as his management consulting business appears to have picked up.

Richard, thank you for your tireless work for this community. Whoever’s next has some big shoes to fill.

It has been an honor and a privilege for me to serve as President of the Belltown Community Council. Recently, I have been fortunate to take on new clients in my Consulting Management business and as a result of these additional demands, I can no longer maintain the quality level of representation Belltown deserves.

Effective immediately, I am resigning as President of the BCC.

As I look back over the past 18 months I am pleased by the results my tenure has brought to the Belltown Neighborhood.

ENGAGEMENT WITH THE GOVERNMENT:

Much more has been accomplished during the last 18 months, but there is still so much more we need to do as a community. I have worked diligently to achieve our Belltown Community Council’s Mission Statement of Safety, Clean Streets, Smart Urban Planning, Community Engagement and proactive Proactive Communications.

See you in Belltown!