I’ve been looking forward to this presentation for the last couple of weeks. Very rarely does a city get the opportunity to completely redesign its’ most valuable space.Crosscut has a great article detailing the four teams that are competing for an opportunity to redesign Seattle’s waterfront.

Obviously, building the viaduct along the waterfront  was a mistake in the first place. That’s what a lack of foresight will get you; a giant crumbling freeway in the most prime slice of real estate in the city. 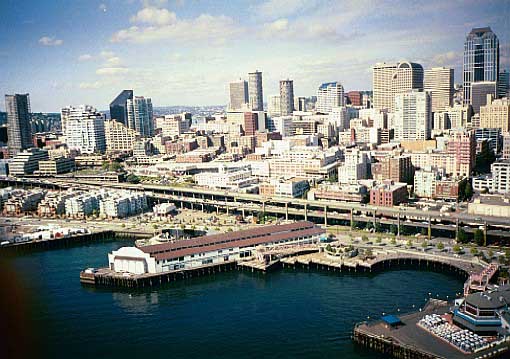 What will the waterfront look like when the viaduct comes down? Will it be a massive boulevard, a huge open park space, or a new slate of real estate that could provide an economic surge to a city seemingly falling slowly asleep? 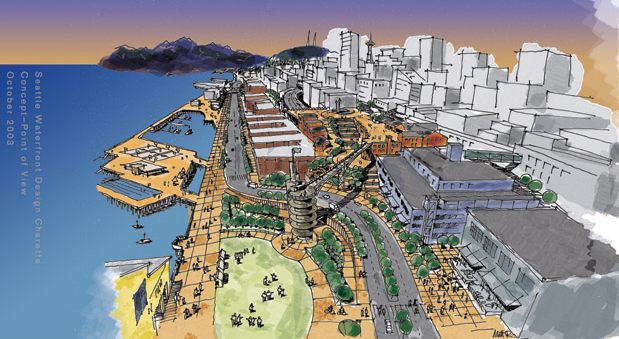 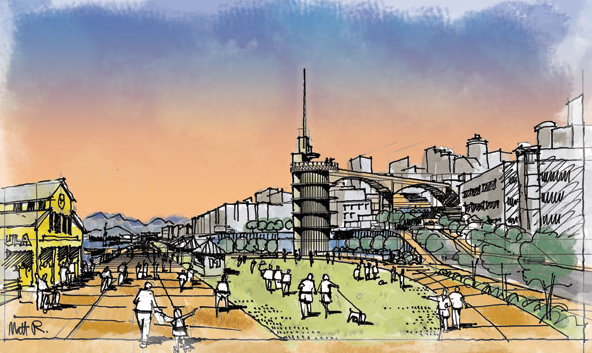 With the removal of the Alaskan Way Viaduct, Seattle is poised to reclaim its Central Waterfront and reconnect our city to Elliott Bay. The City is now in the process of selecting a design and engineering team to engage the public in developing a dynamic and forward-looking design for the waterfront. As the first step, a range of local, national and international designers have submitted qualifications.

This presentation will be the public’s opportunity to hear the shortlisted designers present their skills, experience and approach to the project. Designers will answer questions from the public. A lead designer will be selected in part based on the quality of their presentation and ability to engage the public. The City will start the design process in October 2010.

This event is being sponsored by the Seattle Parks Foundation.