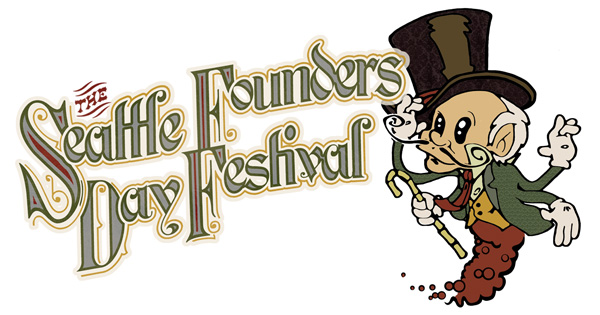 I’m the director of the Seattle Founders Day Festival in Belltown. My name is Ben. As you know, we had our first event last year with the assistance of the City of Seattle Department of Neighborhoods, via a grant awarded to us for nearly $20,000. The high temperatures that weekend kept many people indoors, but it was a fantastic success just the same.

For 2011 we were faced with raising all the money ourselves. To that end, in January we started the process for 501c nonprofit status. We began the fundraising process unaware that it can take 8 to 12 months to get IRS approval. Without the ability to accept tax deductable donations, the larger sponsors we had lined up backed out.

Now I’m tasked with breaking the news to Belltown that there will not be a festival this year. Despite our best efforts, we were not able to bring enough money together without our 501c, and it was too late to jump under the umbrella of a nonprofit fiscal sponsor.

The Founders Day board met this past Friday and discussed the possibility of doing something, anything, that would justify a festival, but given the scope of what we are trying to do with the actors, the costumes, the lighting and the rest of the theatrical and historical aspects of the event, we decided it would hurt us in the long run to do a crappy, half-assed festival. Belltown deserves better.

We will bring this festival to Belltown. We have already started planning the festival for next year, and will continue to meet regularly for the next year to do so.

(You will likely be receiving and email about this very shortly.)

It will happen. Belltown, one of the oldest neighborhoods in Seattle deserves a great festival of its own, and, together, we ARE going to bring that festival. And we will be asking for your help, Belltown. There is no way we can do it without you. And not just your money either — we want your ideas, your input, and your muscle. We will invite the whole city to our neighborhood the second weekend in August and blow their minds.

It will be very important that we all stay in touch over the next year, so please make sure to sign up for the upcoming newsletter in which we will detail every step of how a festival like this grows. Watch our facebook page as well as seattlefounders.com for details of how you can get involved in the next great festival in Seattle.

To get on the email list for the newsletter and other important announcements, email ben@seattlefounders.com