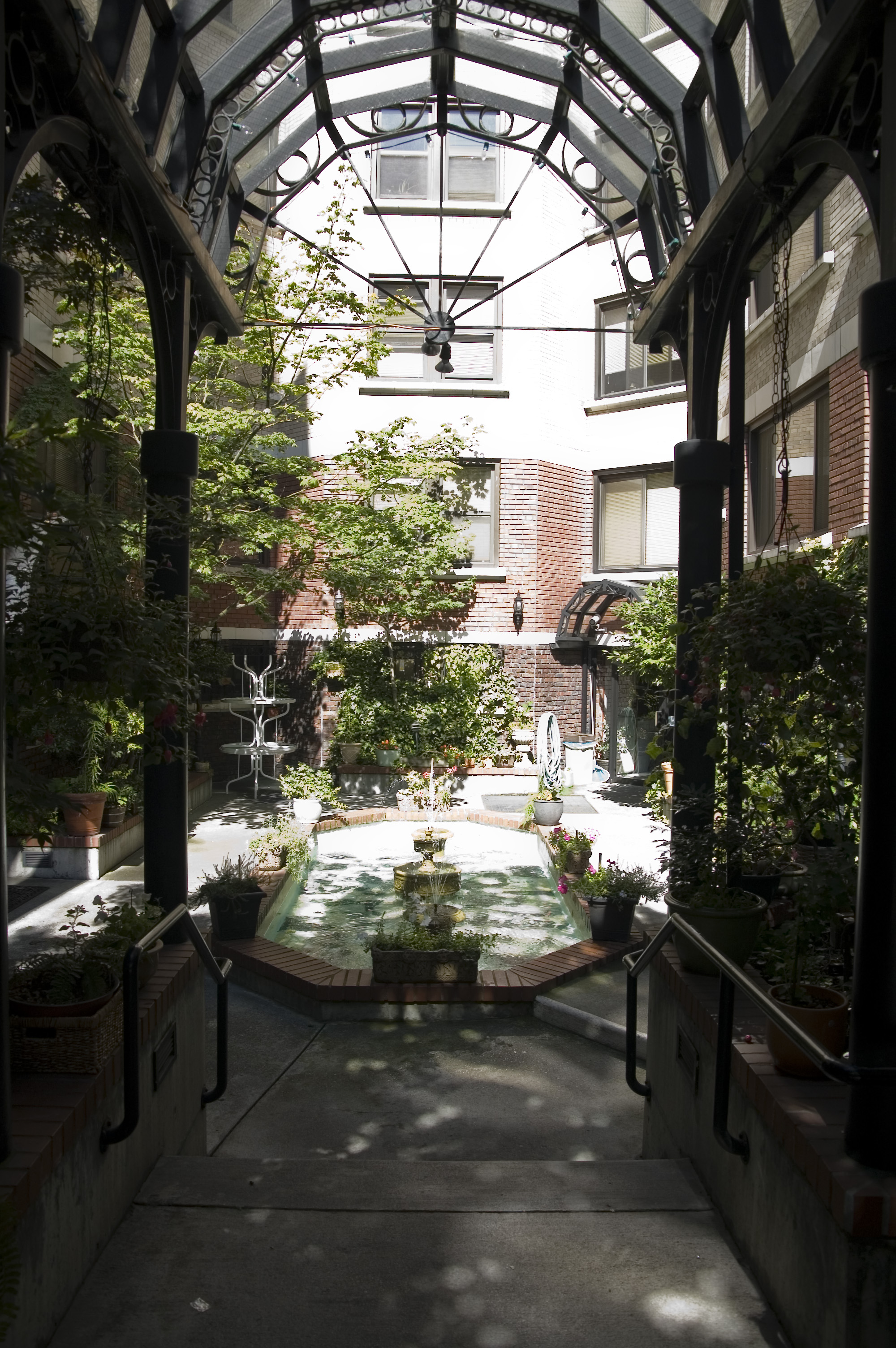 Council member Nick Lacata’s recent tour of the privately owned public open spaces (POPOS) around downtown prompted Belltownpeople to explore our own POPOS in Belltown. Downtown’s spaces are mostly easy to find, including The Wells Fargo plaza, and the many hill climbs adjacent to some of the tallest buildings. But in Belltown, despite following the (link)map of public spaces(link) I had a hard time figuring out what was public space, why it was public space, and why some were shooing people away with “no trespassing” signs and even gates.

(To be clear, POPOS are spaces, anything from sidewalk widening to huge open plazas, created by developers that allow buildings to be, to put it simply, taller.)

Belltown has few public parks, so finding a place to sit after walking up the inclines from Elliot Ave. can be hard. As such, most of the of the POPOS found in Belltown consist of open areas with chairs, benches or raised planters that are easy to rest on. Despite their functionality, they are not so easy to find, and even some spaces like the large brick laden plaza in front of the Grange Insurance group building at 2nd and Cedar (designated as a “major private open space”) have signs saying “criminal trespass prohibited” and “no loitering”. The same goes for the art space/gutter drain at Vine and Western, and the large plaza outside of Tully’s at Westerna and Lenora…

more after the jump

While signs reminding people of laws are obviously allowed, Lisa Herbold from Councilmember Nick Lacata’s office says they should also have a sign designating and encouraging use of the space. Lacata’s office has been diligently pressing for better recognition and use of these spaces, as well as awareness of public rights to them. But even Licata has had trouble with misunderstandings of the spaces, as Herbold said his touring party was confronted by a building security guard asking them to leave a POPOS.

The blame does not rest solely on the private businesses. After an audit of the nearly 50 year old law, the city discovered in 2000 that the law required them to design a logo for signage at the POPOS. This hindered their ability to regulate, and enforce any penalty on businesses that did not comply. Now, armed with the new logo, the Department of Planning and Development has started notifying businesses and ordering compliance.

Even with the proper signs and awareness, will the spaces be used? During my sunny afternoon tour of the POPOS around Belltown, the spaces were well kept and attractive, but without people. Belltown’s most talked about new space, the Bell St. Boulevard project, could raise the same question. Will it just be another vapid cosmetic feature that is fun to look at but passed up by the people it was created to serve? Is there anything about Bell St. that needs to be different, or are Belltowners just private space people?