I have lived in Belltown since I have moved to Seattle. Sure we have our crackheads, our prostitutes, our drug dealers. They are all scary but, with the exception of asking for money, they keep to themselves.

Well, last night I was with some friends at Del Rey, Belltown Pizza. It was a typical Thursday Belltown night where we were sharing some beers and having a good time in our local neighborhood. As I was heading home, I saw my block was just swarming with police. Seriously, maybe 15 cop cars, a swat vehicle, bike cops galore. The whole part of 2nd Ave was shut down between Bell and Blanchard. I did not realize it was my actual apartment until I asked a cop if I could go home and he said no, I could hang out on the street corner but it should not be too longer as they were in the suspect’s apartment.

I was not sure what was going on, other than what people were saying on the street. But apparently, my white haired neighbor with whom I have shared the elevator with a dozen times, was brandishing a gun and was held up in his apartment.

Really? A neighbor? My building does background checks and credit checks before anyone can move in. You have to use your key to enter the building and even to use the elevator. I thought I was perfectly safe in my concrete fortress in the middle of the city. Never did I think I would have to fear the neighbor in apartment on the 3rd floor. 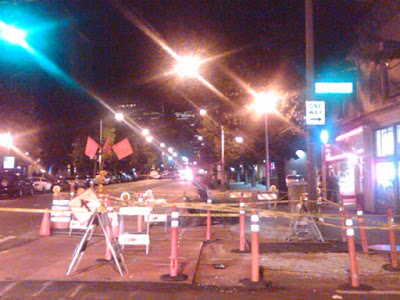 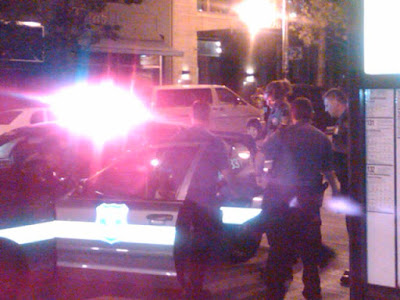 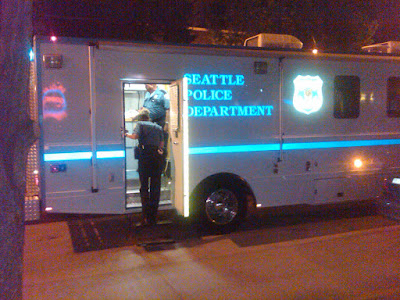 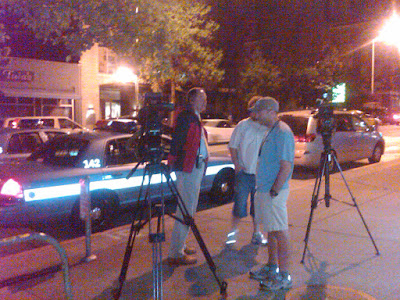 When I woke up this morning I read the news and found out a bit more info. Apparently, the police found 16 guns from his apartment, not including the one he was pointing, according to the Seattle Times.

I am not sure, but I would have to guess this inmate is the gunman. He is the only person booked on weapons charges after midnight last night.

I do want to say this though, crazy gunman can be anywhere – the city, the burbs, churches, schools and everywhere in between. I know that, but yet, now I just feel a little less safe in my tiny Belltown haven.

9 Comments on "My neighbor is the crazy Belltown gunman"