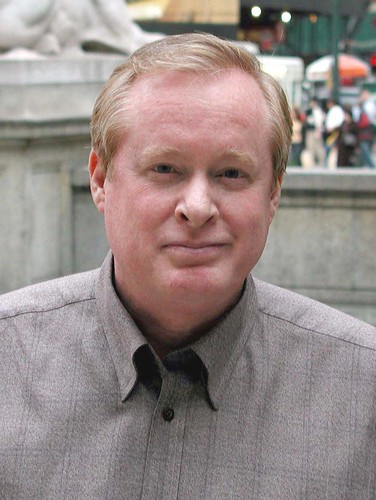 I sat down with the president of the Belltown Community Council a few weeks ago. His name is Richard Nordstrom. If you’ve been involved in Belltown affairs, you probably already know him. However, I thought it would be a great idea to learn a bit more about the man behind the mission. I’ve often wondered to myself why Mr. Nordstrom is so motivated? Belltown is a great place to live, all things considered. But, as anyone who’s been involved in the micro politics would know, it’s a thankless job.

Mr. Nordstrom has been instrumental in getting Belltown back in the game. During his short tenure, the Belltown Community Council has launched a revamped website, hosted the successful Belltown Pet Parade, and most importantly, has unified the voice of the community. The last item is the most imperative. Richard told me during our meeting that one of the main reasons he has been so passionate about being involved in the council is the fact that Belltown is the city’s densest neighborhood, however it seems like the community’s voice isn’t heard. That’s going to change.

Belltown is undeniably lucky to have Mr. Nordstrom at the helm. He has a wealth of global experience. He’d be embarrassed if I rattled off his accomplishments and so I’ll oblige; he’s currently serving as the Principal of Nordstrom-Consulting. Previous to branching out on his own practice, he served as an executive at Connexion by Boeing. He was responsible for pioneering the first global broadband satellite communications systems to passenger aircraft and maritime vessels. Previous to his career at Boeing, he was the COO of of MariTEL and was responsible for the design and implementation of the first US and coastal maritime VoIP communications network. That’s the top of the list. Are you getting the gist?

Mr. Nordstrom is an accomplished executive with the experience to achieve results and he runs the Belltown Community Council like a start-up company. Before getting started, he drafted a six page strategy document that defines the initiatives which we’re seeing gain traction here in Belltown. Richard’s key goal is simple. He wants to help make Belltown a better place to live and do business. To do this, he knows that the voice of the community must be both unified and heard by the city leaders.

I asked Richard what we could do to help out. The answer is painfully obvious. We, as citizens, need to get involved. This means that attending the Belltown Community Council meetings is a perfect start. In fact, there’s one tonight at 7pm. Additionally, Richard would love for everyone who lives in the neighborhood to be on the Belltown Community Council newsletter. You can sign up for the mailing here. Once a month, the council lists the most important issues that are facing Belltown. It’s easy to understand that if the residents aren’t informed, we never have the chance to even form an opinion or get involved.

It was a great pleasure personally to meet Richard Nordstrom. We share a lot of the same passions about the neighborhood. We both want to see the streets cleaned up, the community more vibrant, Bell St. Boulevard become a beautiful project, and my… the list just keeps getting longer. We also would love to meet you at the next BCC meeting. Hope to see you there.