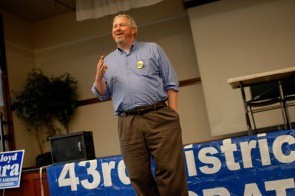 Seattle Mayoral Canidate Mike McGinn has recently released a Seattle Nighlife Policy. Some of the key highlights from this policy are;

Seattle deserves a mayor that supports local nightlife and music venues. As Belltowners, we should all accept and support the fact that the bulk of our neighborhood jobs are involved with the entertainment industry. However, I’m interested to know your opinion on the prolonged operating hours. What do you guys think?

full plan after the jump

Seattle’s music scene is already nationally recognized and admired, and our many bars, nightclubs, and performers are essential revenue sources for the city. But it can be even better if the city helps continue its growth by encouraging it as we do other industries.

In 2008 alone, the music industry in Seattle directly created over 11,000 jobs, with more than 2,000 businesses generating $1.2 billion in annual sales, as well as $487 million in earnings. The industry also generated $90 million in state and local sales and B&O taxes.

Beyond revenue, our music scene also creates vibrant and active neighborhoods, with customers from bars and clubs patronizing other local businesses throughout the day and night.

Nightclubs, bars, pubs, and other music venues — along with Seattle’s many bands, DJs, and entertainers — deserve a safe and supportive environment to earn their living. Similarly, residents living near music venues have the right to enjoy their homes in safety and peace.

I believe that reasonable people can work together to develop rules governing nightlife and nearby development — rules that keep Seattle’s music scene thriving.

• In order to help ensure safety and peace around bars and clubs, late-night patrols should be increased in “hotspot” neighborhoods.

• To help cut down on incidents after establishments close, the city should work with the state Liquor Control Board to encourage staggered closing times.

• To help cut down on drinking and driving, transportation choices such as light rail, taxi service, and buses need to be accessible until at least 3 a.m.

• New residential development must not be able to drive out existing nightlife establishments.

• Any new development within the proximity of an existing bar or club should be required to build sound-proofing measures into their plans.

• To maintain an open dialogue between the nightlife community and the city, the Seattle Music & Nightlife Association should have quarterly meetings with the mayor.

ENCOURAGING MUSIC AND OTHER ARTS

• The Seattle Office of Film + Music must remain open and active.

• In order to help maintain an environment where Seattle’s music scene can continue to thrive, the Seattle City of Music Initiative must remain in place and will be improved upon through work with the Seattle Music Commission.

• To further encourage the arts, the next Families and Education Levy should include funding for music and art programs in Seattle public schools.

7 Comments on "McGinn’s Nightlife Plan: Belltown bars open past 2am?"