From BelltownMessenger – Kelly’s may be Belltown’s last remaining dive bar, but it’s far from”the most frightening drinking establishment in Seattle.” To the contrary, people of different races and ages mingle freely and play pool there. It’s a center of petty crime, but no more than the drug scene at a typical “rock show.” 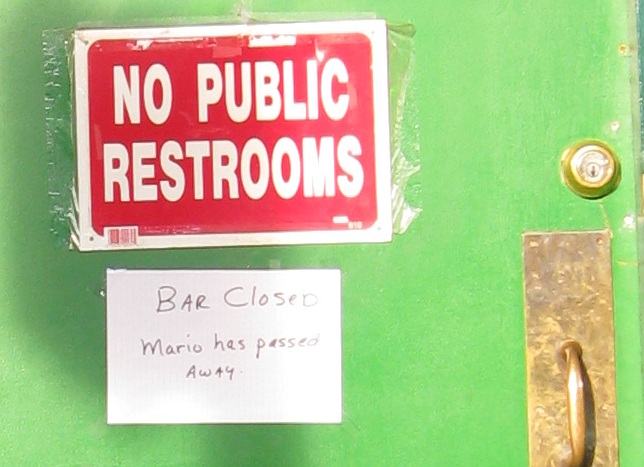 I haven’t been able to get through to the owner – no answering machine on their listed number. I have mixed feelings about Kelly’s. Yeah, there’s certainly a contingent of swarthy looking characters that congregate around Kelly’s. But, besides the occasional stabbing, they pretty much keep to themselves. We wish our condolences to Mario’s family.

UPDATE 12:13PM: Rumor from the guys at Dan’s Belltown Grocery is that the owner has died and the family doesn’t have an interest in continuing operations. Also, their lease is rumored to be up. A check of their business license reveals that a woman named Mary is the owner – their business license renewal date is in December. So, take all the above with a grain of  salt.

4 Comments on "Is Kelly’s Closed?"