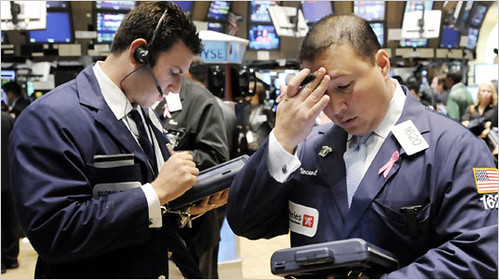 Ok, maybe this one is a late April Fool’s joke by the Seattle Police Department? It looks like a day trader living on Wall St. was robbed in his condo by gunpoint! Is there a Robin Hood loose in Belltown?

More details from the SPD Media Report after the Jump:

On 04/07/09 at 2124 hours while in full uniformed patrol with Officer Frame
#571474 and as 3M32,~S dispatched to investigate a strong arm Robbery at Wall Street, ,; ~. ‘
5 Wall Street is a secured apartment building with a “concierge” in the
lobby. Guests are allowed in via intercom.
‘stated he had
. stated it
~l l be an at 2050 hours, when he received ect named
who is a friend of a friend named ,stated he
as calling from the intercom and asked if wanted to hang out ..
stated yes but informed~ he needed some time to get ready.
stated it took him 20 minutes to “get ready” and when he opened
his front door to exit, he was confronted by three unknown males. The
subjects held handguns. The subjects pushed him back inside and forced him
face d.own on to the liVIlilfr….floor. One of the subjects a black male
with a baldhead sat on . The other two subjects, white males with
black handkerchiefs around their faces yelled, “where’s the money”.
stated he was punched by the black male in the face. The black ‘
a e then held a,gun to his head and told him not to move.~
stated the other two subjects searched his apartment but onl~ money
clip containing three credit cards, WA State I.D and $200.00 .
stated the subjects grabbed the money clip and exited the apartment.
st ed while on the floor he was struck again on the back of his
stated they all appeared to be in their early 20’s but was
to supply any further description.
I observed an obvious swelling and redness to 1IIIIIIIIIIl left eye, I
observed a laceration on the back of , ~-.declined
medical attention stating, “no I am fine I just want to smoke a cigarette,
I will go tomorrow”. Nothing else of evidentiary value was found. I
lnformed . would document the incident and· supplied him with a
business card with case number. I ended my contact.
I contacted the concierge and asked if he had seen anything unusual or
unknown people entering or exiting the building. The concierge stated, “no
I haven’t seen anything wrong or any strange people come in or leave”.
An area search was performed with negative results.