Posted By: BelltownPeople Archives May 18, 2009 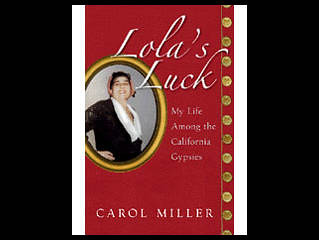 Seattle’s Belltown neighborhood looked totally different in the late 60’s. Families of gypsies ran palm–reading parlors in the storefronts that are now expensive boutiques and restaurants. Carol Miller wanted to study these families. So she did two things most upper–class housewives never did. She took her two kids and left her successful husband. And she went to the University of Washington to become an anthropologist. The gypsies rejected her for an entire year. Then one afternoon she met Lola. Carol eventually wrote a book called Lola’s Luck about their unlikely friendship. KUOW’s Jeannie Yandel sat down with Carol to find out what Lola meant to her.

The interview focuses more on the relationship between Carol and Lola rather than Belltown’s history. However, it was interesting none the less. I’m sure the book has some more circumstantial information available on 1968 Belltown. It’s been an interesting week for Belltown history!