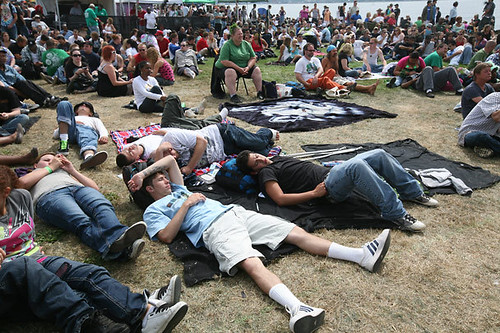 I still have my fingers crossed that Hempfest won’t find a home at Myrtle Edwards park this year. My issue isn’t related to the question of legalizing marijuana – it has to do with the ridiculous hoard of people that cram themselves into the waterfront park and abuse the surrounding neighborhood. If anything, hempfest and the antics that plague the neighborhood during the festival only turn people off to the idea of legalized marijuana usage.

Hempfest, the multi-day, pro-marijuana festival that annually brings tens of thousands of people to a waterfront Seattle park, has sued the city in an effort to obtain permits for the 2011 gathering.

In a lawsuit filed Thursday in federal court, Seattle Events, the group behind Hempfest, says it has been denied permission to stage this year’s festival at Seattle Center. Last year city officials asked organizers to look for locations other than their usual spot, Myrtle Edwards Park. Hempfest said it has asked for permits to conduct the 2011 edition at either Seattle Center or the park.