“Screw you! Punk rock is its own reality and is not heavy metal!” You scream in protest with fists in the air.

How very punk rock of you– unless you’re into punk metal. (But for my cause, let’s just move on…)

A dark and slightly claustrophobic basement of an aged apartment building in Belltown housed steampunk wares, rock-a-billy vintage clothes and piles of old vinyls. I was at the Punk Rock Flea Market. I made my way through the maze of vendors– tight as a Sex Pistol’s reunion concert in Sid Vicious’s own bedroom, I imagine, should he miraculously resurrect today– that spilled out onto the lot next to the building. As per: 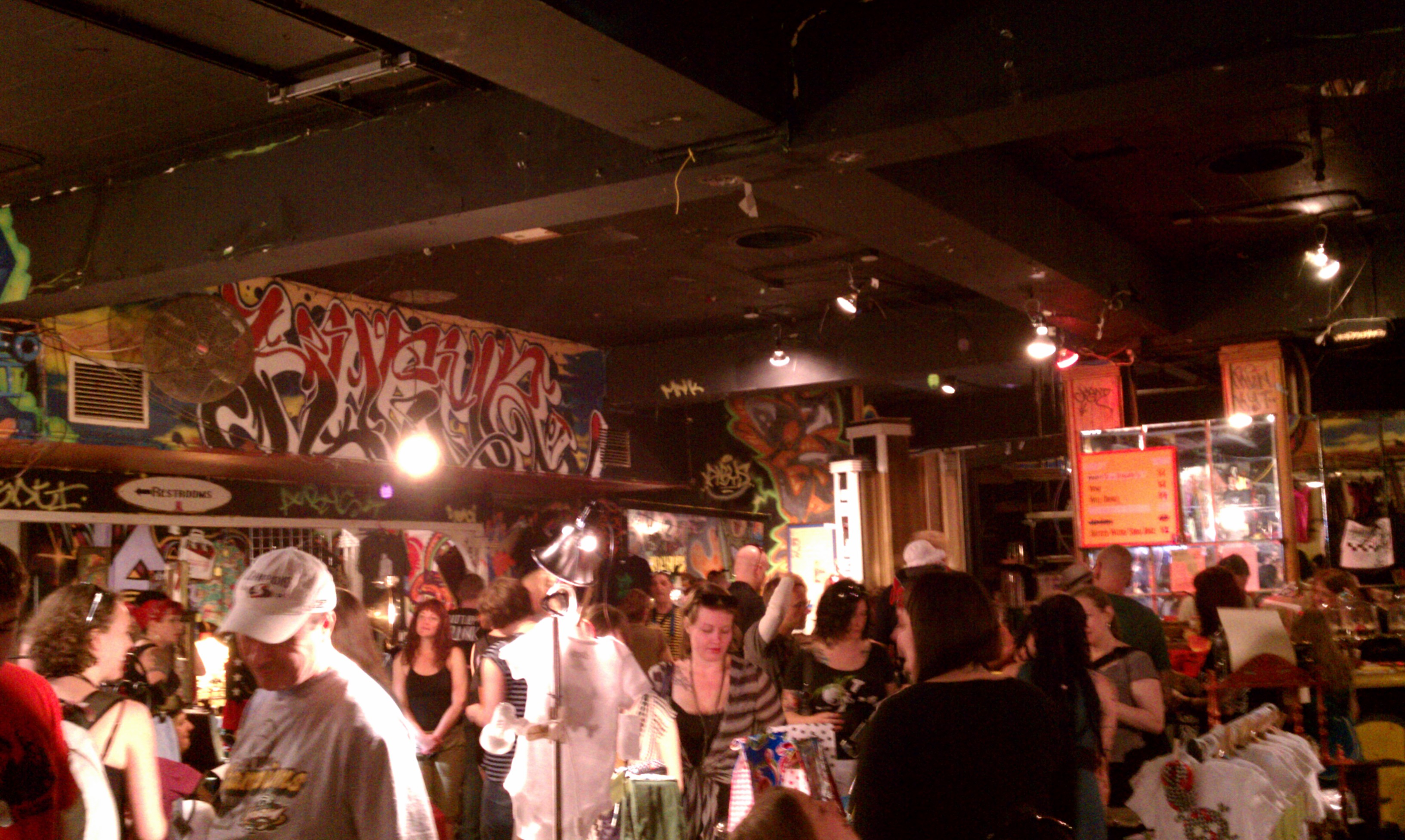 My eyes dashed over the vintage clothes (which were pretty awesome on their own, but I had other plans) as I made my way visiting every jewelry vendor I could squeeze through to find. Nothing quite spoke to me until I emerged outside of Sid’s bedroom concert and came across a table of stained glass-like pieces by a local artist, Meg– also known as geM. I liked the combination of her light and colorful glass pieces framed against thick, lead-like metal. Bright and bubbly which echoed her sweet personality, but heavy and chunky at the same time. Her collection’s inspiration: a stained glass class she just attended. No wonder I saw the similarity so early on. Sold!

Next, I found another vendor with a similar taste in heavy metals. Angela founded Knuckle Kiss Jewelry. I liked her use of textures in the metal and several of her pieces had a dainty but steam punk-esque flair that I enjoyed. I debated between small silver square studs or larger brass studs. Eventually the brass studs won– and if her Etsy site goes public soon (which it says it will online), I’ll be picking up the pair of smaller silver ones. Fingers crossed!

And with that, my allowance spent. Success and bravo to Punk Rock Flea Market! It was onto Belltown Pub for some non-claustrophobic eats and beer.

Rock on my little jewelry shoppers! …See more pics of the jewelry I purchased on my blog!

1 Comment on "Heavy metal at the Punk Rock Flea Market?"