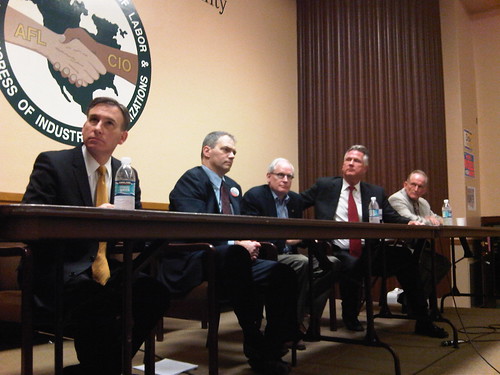 The first full King County Candidate forum was a ‘heated’ night of quick answers with a heavy rotation of positions and sound-bytes as the campaign returns to the Labor Temple in Belltown. Temperatures inside seemed in the high 80’s and eventually hot air steered the forum to Seattle’s favorite pastime: talking about the weather.  King County Executive Candidate Fred Jarrett closed the night by saying “I want to thank you for cooking (or poaching).  Tonight is a throw-back to the old days of politics. The only thing that’s missing is the cloud of smoke.”

The room was packed as candidates not actually on the stage fervently worked the back meeting with voters until they were inevitably ushered out by the ever-strict hosts and moderator. There is more riding on this forum because it’s jointly run by the Downtown Democratic Districts (11th, 34th, 36th, 37th and 46th) still deciding on their highly-valuable endorsements. This is also the week when candidates are required to file their paperwork for formally running. That means everyone at the forum can’t back out and must now prove they are serious about campaigning.

The quote of the night came from Mayoral Candidate James Donaldson. He drew both laughs and gawfs as he stood with his 7’2″ frame towering over the two shortest (and also sitting) candidates Jan Drago and Elizabeth Campbell saying “Seattle needs a Mayor who will stand head and shoulders above the rest of the field.”

Mallahan really criticized Mayor Nickels on his snow response. The Mayor, whose face was already red from the heat, instantly got redder and afterward both candidates declined to comment on the attack. Mallahan said “I think I’ve made my positions pretty clear” while Nickels raised his hand in mid-question and walked away.

Jan Drago made her first appearance since ‘officially’ announcing her candidacy last week saying she felt both swamped and excited:

“I’ve been swamped with interviews.  I feel like I’ve been in the eye of the hurricane, but now I’m out on the trail and it’ll be exciting.  It was interesting to meet everybody because I hadn’t met all the candidates, and (*gleefully) it looks like everyone’s running against the Mayor!”

Candidate Bobby Forch was in this very same room a month ago a mere 2 days in to his own campaign for city council voicing the very same deer-in-the-headlights thoughts of a candidate fresh and overwhelmed.  There are big difference between running for City Council and running for Mayor, but the excitement for candidates looks to be the same.

The only candidates not invited tonight were those running for Seattle’s city council (forum was hosted by the King County Dem’s).  Those candidates had a separate exclusive forum here a month ago with the Metropolitan Democratic Club.  A few candidates did make appearances though including Jordan Royer and Bobby Forch, as well as Rusty Williams staying almost as late as Michael McGinn, who was ordered by his campaign manager to stay and keep meeting voters. He was the only mayoral candidate to do so.

the author Johnathon Fitzpatrick can be contacted at: 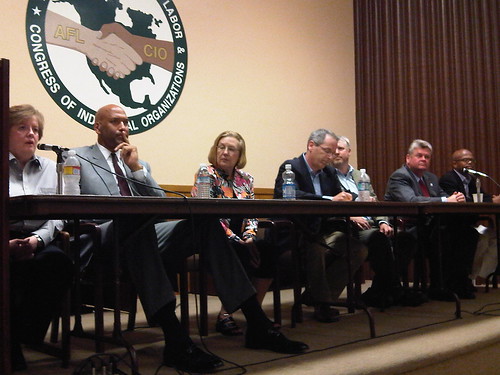 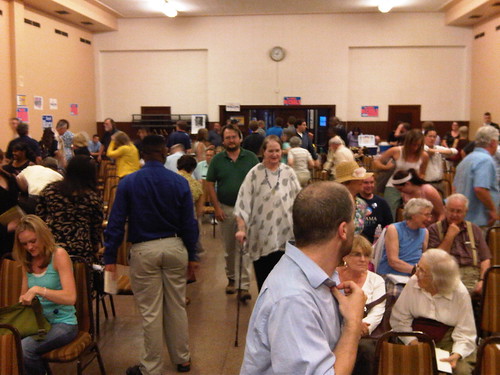