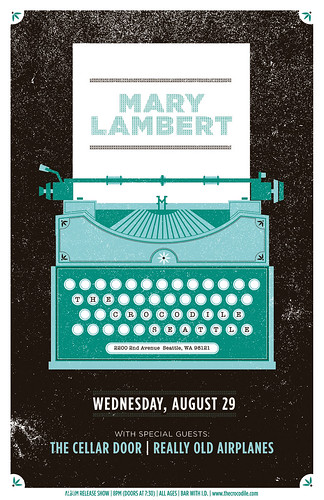 “You guys, Mary is going to be famous,” I said loud enough for the entire bar to hear.

It was a dark and rainy spring evening. Friends were gathered at The Upstairs, as we often do on Tuesday nights. I had the pleasure of sitting next to my friend and fellow Belltowner, Mary Lambert, as she showed me her new video for Body Love.

Skip ahead five months, and there is a good chance Mary’s beautiful and soulful voice is stuck inside your head. Earlier this summer, she teamed up with Macklemore X Ryan Lewis to help write and record Same Love, a beautiful and heartfelt song promoting gay rights and gay marriage.

After two years in the making, Mary Lambert is debuting her own EP, letters don’t talk. Her subdued softness has been compared to artists like Feist and Bon Iver. But instead of me describing the EP,  just listen to it, and try to not become addicted to Mary’s alluring voice and powerful lyrics.

Join Mary Lambert for her EP release party at The Crocodile on Wednesday August 29, 2012. Opening for Mary will be indie-folk band The Cellar Door and Tacoma natives Really Old Airplanes.

Mary Lambert was kind enough to give us two tickets to give to one lucky reader. Here’s how to enter (you can double your chances and enter both ways):

Winner will be chosen at Monday, August 27 around 5pm and contacted shortly after.