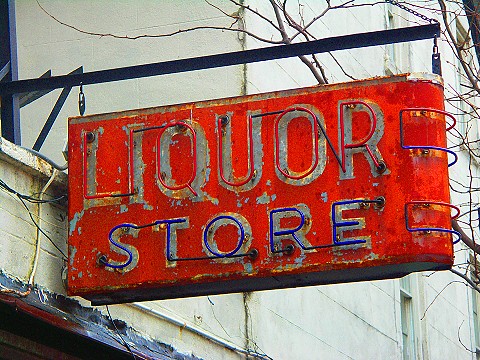 Got a tip from one of our readers Jon today;

A couple months ago, I went to investigate the Google Maps “liquor store” location on 6th. The guy there told me it was for Class A (restaurants/bars) only, but that a retail store was opening up soon at 7th and Bell.

So today I went back to that Class A store to follow up, and it was all closed up, but a sign on their door boasted a 7th and Bell location. When I went there, I saw lots of carpenters building familiar brown cabinets like I had seen at other WA State Liquor Stores, and there were signs in the window that said “RETAIL LIQUOR STORE COMING SOON!” I even saw some booze on the shelves.

So I asked the carpenter guys when the store was slated to open, and they said the 4th. Happy Independence Day,…!

Technically, this is just outside belltown, but what the hey.