KUOW has an interesting story of a couple scientists who are trying to rehabilitate the city’s seawall. Apparently, big slick concrete walls don’t shelter the kind of creatures that can sustain the level of environmental diversity that is native to the Puget Sound. Most interesting to me was the fact that divers observed schools of wild salmon right off the waters of downtown. It’s amazing to think that there’s still hope that we can preserve some of the natural environment we’ve build a city upon.

To a salmon, big cities make for poor habitat. Not much fish food grows on a bare concrete bulkhead. Now some scientists hope to change that. They’re looking at new ways for salmon to live in the city, or at least find some food. The experiments come at a time when communities throughout the Northwest are rethinking the ecology of urban shorelines. 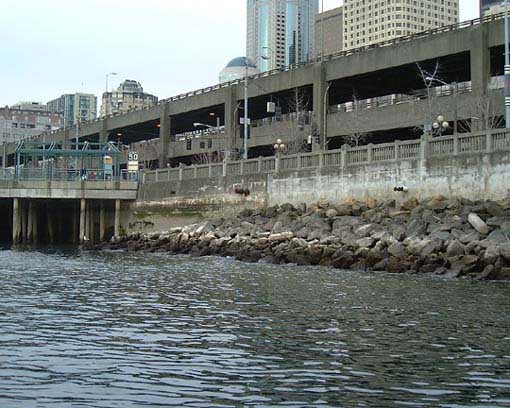