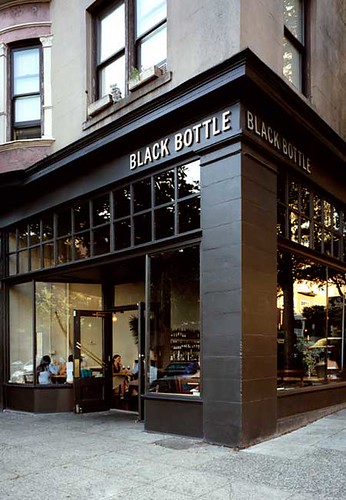 If you have a successful restaurant in Seattle, why not double your money and open one in Bellevue? One thing is guaranteed; what Seattle likes, Bellevue eats right up.

Starting in February, the trendy restaurant and tavern already a hit in Seattle’s Belltown neighborhood, Black Bottle, is coming to Bellevue.

Black Bottle Postern, the Eastside location, will be located at Avalon Towers on Bellevue Way, offering the same modern atmosphere with meat, seafood and veggie dishes made from predominantly sustainable ingredients. The establishment places an equal emphasis on the menu and full bar and wine list, making it a “gastrotavern” said managing partner Chris Linker, as opposed to the popular gastropubs, which are similar but originated offering British fare. Just like the Seattle location, Black Bottle Postern will also have a full bar, as well as keg wine.