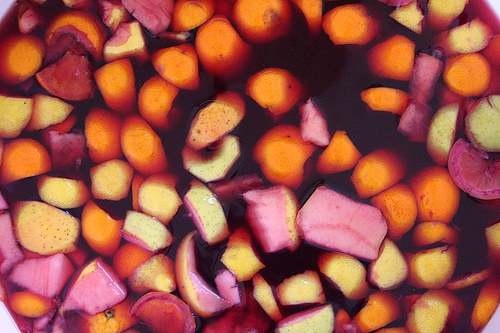 The temperature has inched higher the last couple days and that means you have a good excuse to enjoy a pitcher of Sangria with some friends. Bethany Jean Clement of TheStranger has reccomended the Sangria at the Belltown border straddling Andaluca in the latest edition of “Bar Review”.

Or, if you’re in a more adventurous mood, you can make your own “ocean” of Sangria with the recipe included by Chef Wayne Johnson

recipe after the jump…

[Eds. note: This recipe takes two days and it makes approximately an ocean of sangria, so plan ahead and scale down accordingly.]