A Naitonal Geographic worthy picture of an owl, in Belltown,  snapped by @ericofsecrets 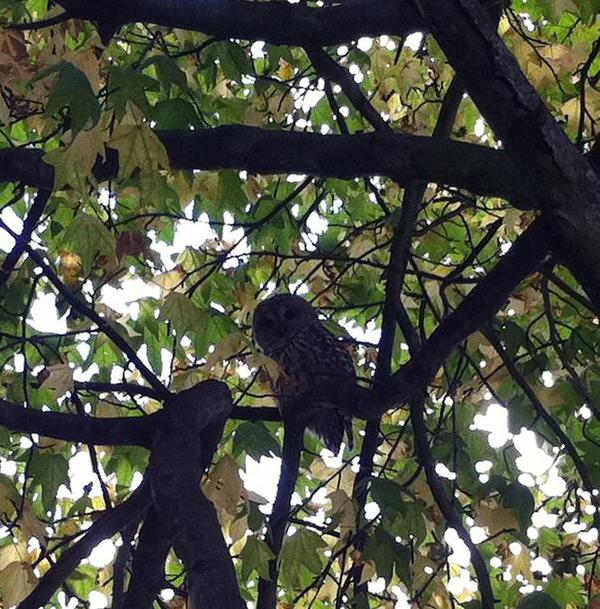 From the SeattleTimes Archive

Autumn is a particularly good time to see owls in unlikely places, according to Woodland Park Zoo raptor keeper Tom Aversa, who finds an October owl at Fourth and Pike not completely out of character.

“Fall is when you’ll most likely see dispersing owls in odd habitats — usually young owls looking for food or habitat,” Aversa said. (May is another peak for activity, when owls are busy catching food for their young.) As the season turns to winter, diminished cover makes the birds more visible than at leafier times of year.

One thing is certain: If the urge to go owling on a cold fall or winter evening overcomes you, you’ll be in good company. Aaron Martin and a friend returned downtown at midnight, unable to resist checking whether the barred owl was still on its perch. It was.