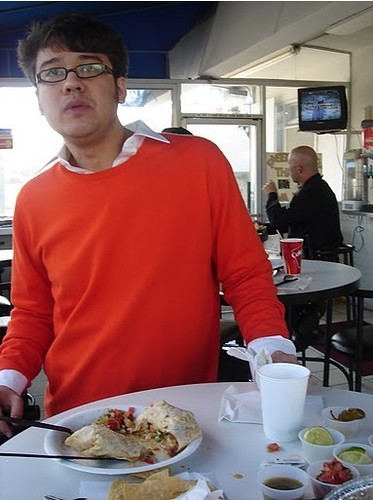 Mark Phillip’s, one of the co-founders of Belltown’s MOD Systems, has found himself in some pretty hot water. According to the Seattle Times, he has been charged with wire fraud and has been accused of dipping into company funds to purchase a slew of luxury items. (watches, cars, paintings)

The company, with offices in Belltown, received $35 million in startup money from investors in 2008, according to news reports….

The complaint says prosecutors are in possession of an internal investigation by MOD officials that concluded last year that there “is evidence that Mr. Phillips has incurred as much as $524,000 in personal or nonbusiness expenses that have been paid” by the company…

Among those expenses were $8,000 for Salvador Dali lithographs, $13,000 for Hermes and Louis Vuitton items and “$6,150 in dental and DNA testing expenses,” Walker wrote in his affidavit.

I dug up some meager information on a google search. Here’s a link to his Amazon wish list that looks like it was probably last updated  in 1998. It features some nostalgic items like a Iomega Hip Zip player that couldn’t have cost more than a couple hundred bucks back in the day. I couldn’t help but feeling a bit sad. Here’s a guy who successfully raised 35M in capital, only to be consumed by greed and waste it all. It doesn’t look like this guy’s “wish list” will ever make him happy.