As Mojo Nixon once said, “Elvis is Everywhere” and now we have our proof.
Belltown has not one, but two ETA’s (Elvis Tribute Artists) in residence and they’ll both be competing for the title of Seattle’s best amateur Elvis this Saturday at the Seattle “Elvis” Invitationals at EMP. 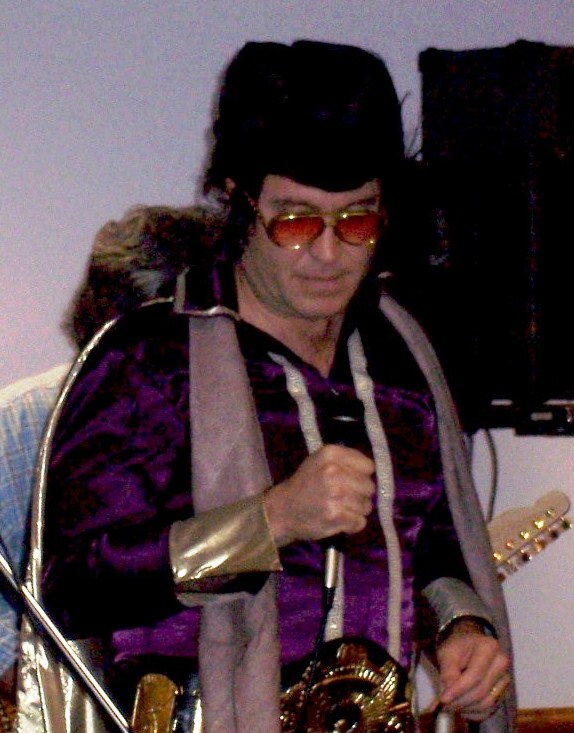 Belltown resident Kevin Fitzpatrick has been doing his “Elvis thang” since 1998 and has performed in the past at the Seattle Invitationals, most recently in 1998 when he brought a contingent of Welshmen to the event at Club Motor in 2009. In real life, Kevin works for the Washington State Department of Ecology in the Water Quality Program.  He’s been happily married for the past 35 years to Annette and father of Colin and Brianne Fitzpatrick. Kevin will be singing “Can’t Help Falling in Love with You” on Saturday. 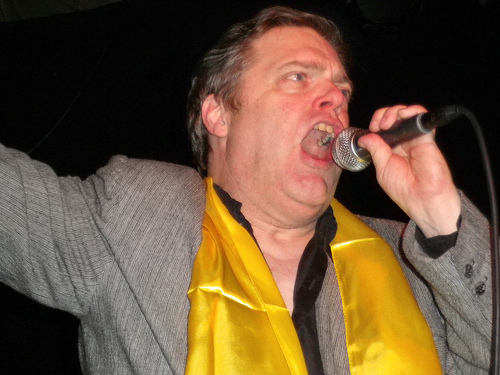 Another well-known ETA will be wooing and wowing the crowds, Belltown’s very own Clark Humphrey.  Clark, author of such celebrated works as Loser, Seattle’s Belltown, Vanishing Seattle and publisher/editor and writer for Misc. Media, has lived in Belltown for years and this is his second year competing in the Elvis Invitationals.
The event is Saturday, January 14th at EMP.  Tickets at Brown Paper Tickets.