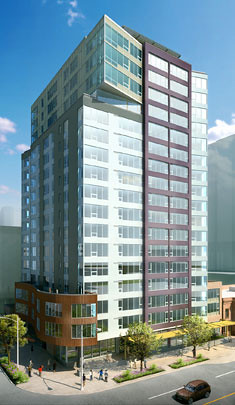 We’re back from pre-stuffing ourselves with pre-thanksgiving treats from the east coast. It looks like we missed out on a ton of news. Here’s a recap;

Looks like Al moved from Belltown Billiards to a new location in Pioneer Square. He’s a great guy and a total character. Stop by and wish him the best of luck in his new location. His cheesesteaks are amazing. Waaay better that Tat’s! Yes, I said that!.

Belltown restaurant looking for ovens to cook turkeys for the homeless – The owner of Amore is looking for a few good ovens to cook over 60 turkeys. You don’t have to do a thing but pick up a bird, cook it, then bring it back. What a great idea to make a big difference for Seattle’s homeless community.

First residential building to break ground in Seattle after a 3 year construction hiatus. – Belltown is the scene of the real estate come back? Buildings across from Street Bean Espresso are currently being demoilished to make way for a new tower development called “Alto”. Apparently, the kitschy names didn’t die off with the real estate implosion. The tower should be completed in Spring of 2012. Until then, you can take pictures of kids taking pictures of the building getting torn down. It’s great fun.

The Cinerama has reopened – Unfortunately, they chose a money grubbing franchise about a three way sorcery romance, but hey – you can’t blame them for selecting a sure winner in Harry Potter. The silver lining for this curmudgeon is that it’s the last and final movie in the series. Expect a disturbing prequel about infant Harry Potter in less than a decade. Bah Humbug.

Charges Filed in Belltown Child Abduction Case – Looks like a mentally ill homeless person ran off with someone’s kid. Thank God this ended well and the guy was caught before anything happened. Of course, there’s crazy people literally all over Seattle, so this doesn’t fit in the nice Belltown’s a scary place mold. Someday I hope we do something more with mentally ill people other than ignoring them.

2 Comments on "Belltown: News in Review"