Posted By: BelltownPeople Archives May 9, 2011

I am writing this right now, with one of the biggest headaches I have had in quite some time. Let me tell you why…

First, you need the back story.

On March 18, I stopped drinking for a month. There was no particular reason, I did not have a black out on St. Patrick’s Day or anything like that. No, my body just needed a break. My liver needed to be reset. I had done this once before in September, which proved difficult but manageable. I even went on a few pub crawls while sober, drinking only mocktails or the go to, soda and bitters. I noticed my body was responding well to the lack of alcohol and the lack of eating a whole pizza from the Back Bar to sober myself up. 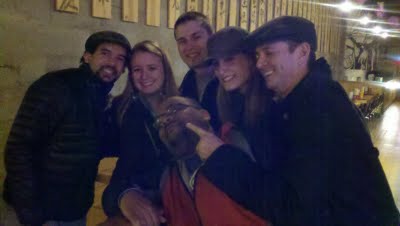 See, I live in Belltown, as do my friends. Belltown has something like 127 bars, and an easy bus ride or tiny cab fare suddenly links us to more bars than one could imagine. In fact, Seattle has one of the highest number of bars per capita (I’ll link to it when my head doesn’t feel like exploding from a search.) Most client meetings, networking events, friends events, socializing happens at the bar. I’m almost 30 years old and live downtown in a major metro city, so this is probably not that surprising but many do not know what this entails.

In addition, the majority of my friends live in my neighborhood of Belltown. We rarely leave Belltown, unless we can walk, and even then – it’s just to downtown. Most report it’s a feeling of being on a college campus, with all of your friends. In our group, we often joke we go to Belltown University and our way of life is simply just – #BelltownLife.