Vbar is going to get their liquor license back. You should be outraged. Here’s why… 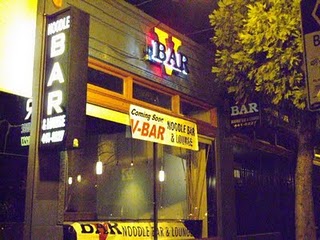 It is hard to think of a worse example of making a first impression. VBar is a relative newcomer to the neighborhood of Belltown. It’s a good exercise to evaluate a place based upon the results right?

Man charged in Belltown slaying gang member, ‘on something’ 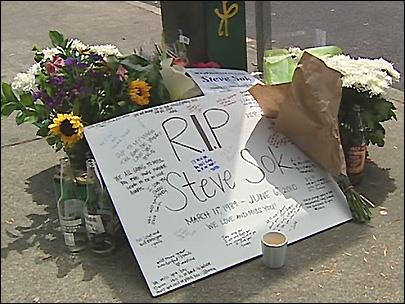 The culmination of complaints reached a climax earlier this year when the City of Seattle stripped Vbar of it’s liquor license under an emergency suspension.  Based upon the police report the current owner refused to allow police entry into the restaurant even though a man lay unconscious inside without medical attention. The owner provided a false name and misled officers about what had occurred inside.

A previous incident that I still find hard to believe occurred on March 17th;

“The 33 year old female owner of the bar was also outside during the disturbance.  She went into the bar to retrieve a pistol.  She returned outside and fired the gun towards the group that was fighting.  Fortunately, no one was hit.  She then went back into the bar and gave the gun to someone.”

I reviewed the terms of the Liquor Control Board’s license reinstatement.

2) Vbar is to hire two security guards for thurs-sun.

Here’s the huge joke – the ownership of Vbar will effectively remain the same. The  liquor board won’t give a license back to the current owner but the owner’s boyfriend and bar manager is “new” owner. Unbelievable. The fact the liquor control board would assume the positive change the neighborhood demands would result from this half baked solution seems amiss of elementary logic.

If you’re as upset as we are about this turn of events, you should do something about it.

Write an email to the following people;

Here’s a message you can use, but I’d encourage you to voice your own important opinion.

I am terribly concerned about the negative impact that the Vbar and its’ ownership have had on the Belltown community. I am deeply troubled to learn that the liquor control board has decided to reinstate the liquor license for this establishment which has been nothing but a plague to the neighborhood. Apparently the new owner is the boyfriend of the current criminally charged owner. This is unacceptable! I find this solution to be laughable and ineffective. As a citizen and resident of Belltown, I demand that my elected officials do their part to protect the community of Belltown.

I propose that the liquor control board permanently suspend the liquor license for Vbar. There is no understandable reason why an establishment that has been the source of so much crime,  obstruction and even death should continue to have the blessing of our city to do business in Belltown.

The Belltown Business Association, The Belltown Community Council and I, a resident of Belltown petition you on behalf of the people of our neighborhood to put an end to this nonsense and civic apathy.

10 Comments on "Belltown is Unified: Wants Vbar closed down…"