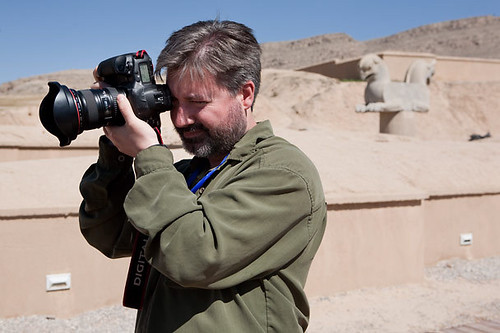 James Longley is a filmmaker whose intimate portraits of people in politically volatile countries in the Middle East are deepening our understanding of the historical and cultural dimensions of the region’s conflicts. For his low-budget, self-financed films, Longley lives among ordinary families, gaining access to people in places rarely chronicled on film by Westerners. He captures his subjects in very personal settings and situations, revealing both the inhumanity of everyday life under conditions of war, political chaos, and economic devastation and the parallel universe of courage, resilience, and resistance.

James Longley has lived in Belltown since 2005. Although, he’s spent most of the past few years in the middle east working on his latest film projects. The Belltown Messenger interviewed him in July of 2007 at Uptown Espresso. The interview sheds some light on the low budget – no frills filming that James has used to produce his Oscar nominated documentaries.

The Macartur award is a no strings attached $500,000 grant awarded to “talented individuals who have shown extraordinary originality and dedication in their creative pursuits and a marked capacity for self-direction.”