According to the recently released Seattle Ethics and Elections Comission report, Belltown leads all other Seattle neighborhoods in terms of contributions to local campaigns and initiatives.

What does that mean for the neighborhood?

I’m personally encouraged to see that the neighborhood is such a power player in local elections. Lets keep it up and continue our involvement in community organizations such as the Belltown Community Council.I’m looking forward to the next meeting on the 26th. It’s time we band together and demand the attention the neighborhood deserves. 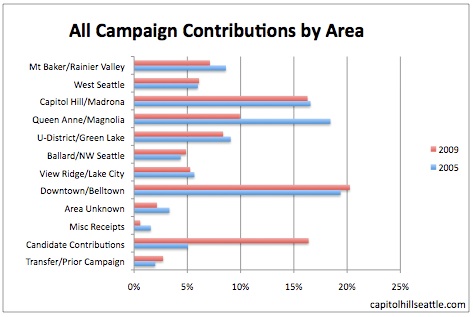 thanks to CHS for the graph-age.

4 Comments on "Belltown contributes the most…"