Posted By: BelltownPeople Archives May 24, 2009 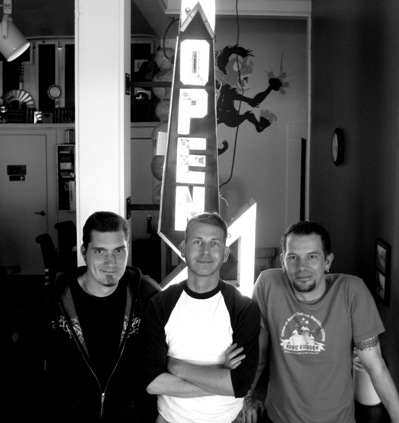 Bedlam Coffe is coming to Belltown and should be swinging open their doors on 2nd & Bell within the week. If you want to rush the place right when they open, be sure to follow them on twitter @BedlamCoffee. The guys were nice enough to invite us over for a pre-opening tour and the shop looks great. There’s nothing like it in Seattle. We know Bedlam Coffee will be a huge hit  and should bring a great new dynamic of community to the neighborhood.

About the Guys – (from left to right) Meet Jesse, Chris, and Ben. They are all Seattle veterans and previously operated a tiny shop in Capitol Hill. Ben’s first apartment was in Belltown when he moved to Seattle years ago. He remembers the good times of Speakeasy Coffee, when coffee shops operated as neighborhood meeting centers and hubs of community culture. Ben took a long shot when the Bedlam space opened up across from the old Speakeasy location and scored big.

About the Shop – Bedlam Coffee is going to be open all weekend. What does that mean? All Weekend…. from Friday night until Sunday evening. This is a dramatic departure from the 10PM kick outs of the other “shops” in Belltown. The goal is to eventually be open 24/7, but the guys figure they’ll enjoy the honeymoon and start off easy for now.

Bedlam roasts beans from a top secret, shade grown, fair trade, utopian paradise… ideally much like “The Beach”. So, don’t even ask them where the beans come from. Top Secret. Judge the coffee when you put it in your mouth, not by the bag or fancy buzzwords that come with it. Sounds good? Maybe you have a talent for oral reverse engineering… up to the challenge? Ben promises that we won’t be disappointed. He’s hinting at the dark roast Arabica old school taste that put Seattle on the map.

The shop is definitely going to be a contrast from the “heads-down, headphones-in” coffee shop culture so pervasive in Seattle today. The interior has been arranged with meeting new people in mind. I felt like I was more in a friend’s home than a library cubicle. This is a great thing. I love the coffee at Zoka, but there’s really nothing more depressing than being in the midst of a telemarketing sweatshop operation. Bedlam even has a back meeting room .  If you want to hold a community meeting, just give the guys a ring and book it.

Another notable is that all the furniture, furnishings, and funkiness of Bedlam is recycled. That should make your green inner conscience sing with joy. It also has the effect of making Bedlam feel like a cultured collection of eccentricity. I could see myself dropping in here for weeks and finding something new in a corner each time.

The opening of Bedlam Coffee makes me happy to live in Belltown. We’re getting closer to that organic creation of community I know everyone’s longing for. I’ll see you there as soon as soon as they open. I’ll be the one guy with his headphones jammed in, listening to the police scanner, and posting on a blog. 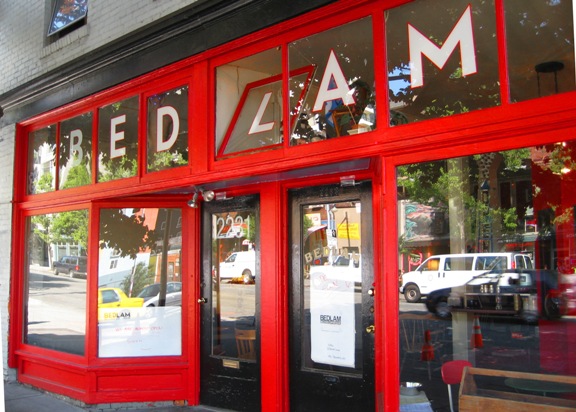 more pics of the inside after the jump… 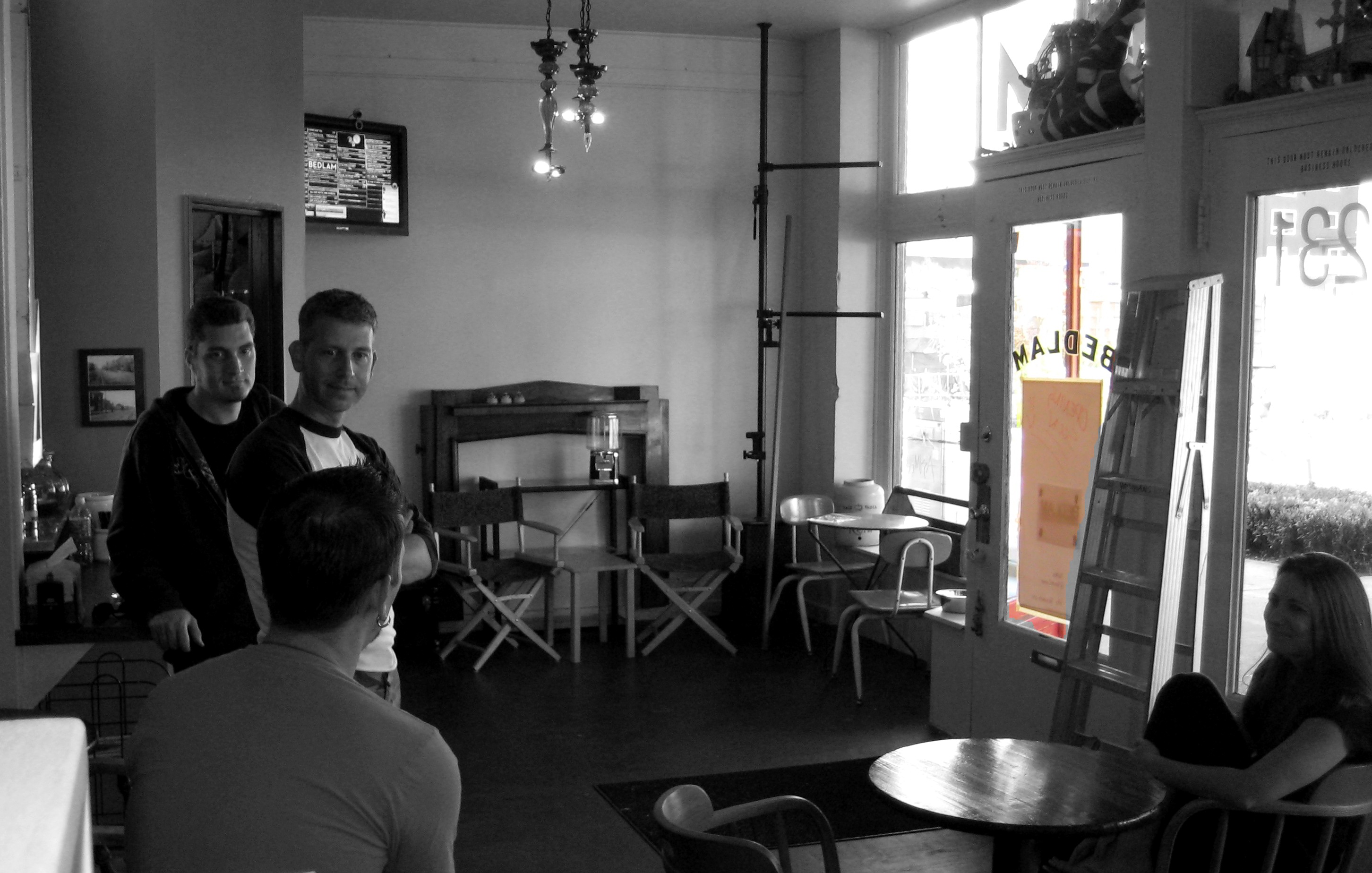 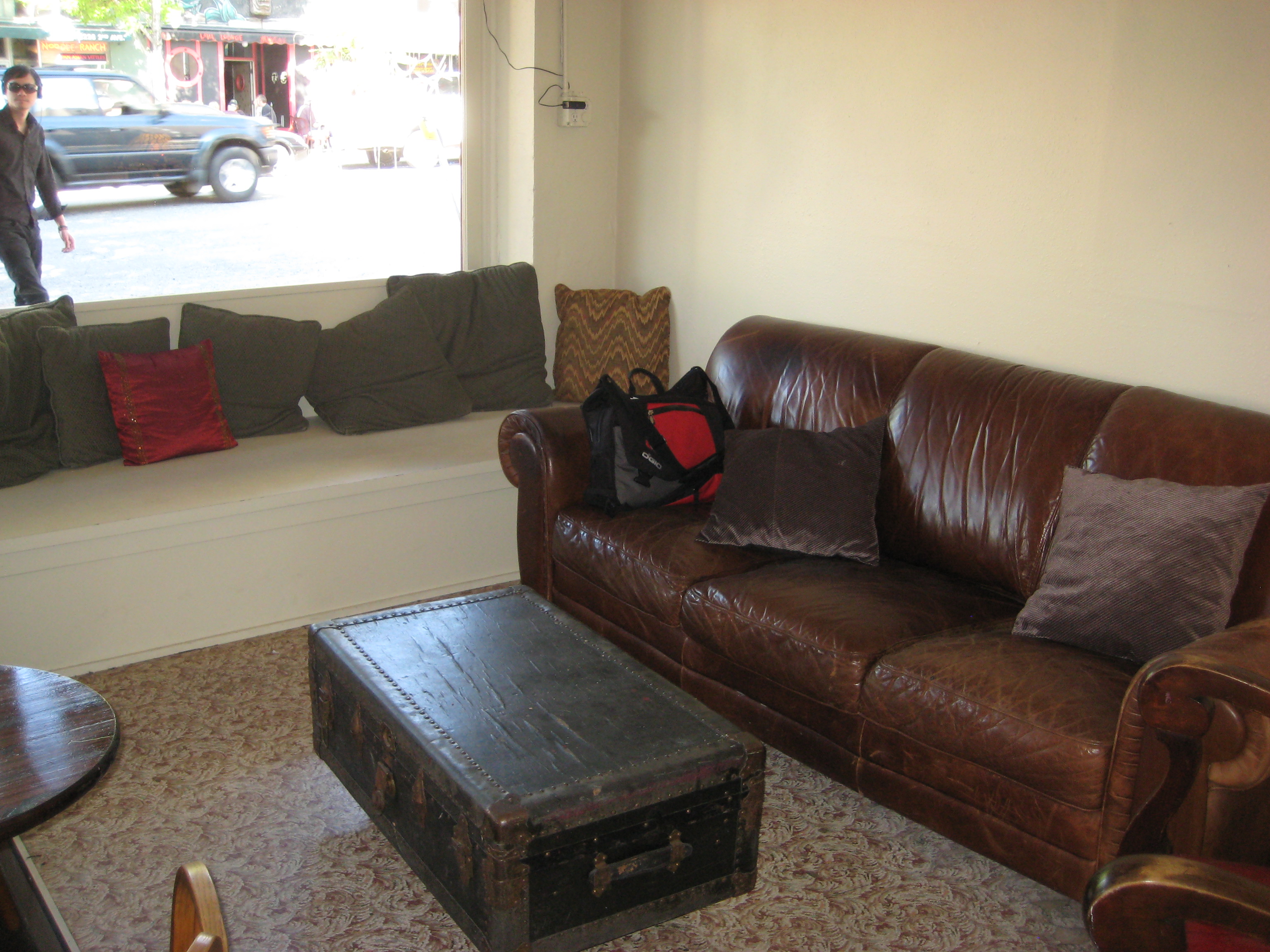 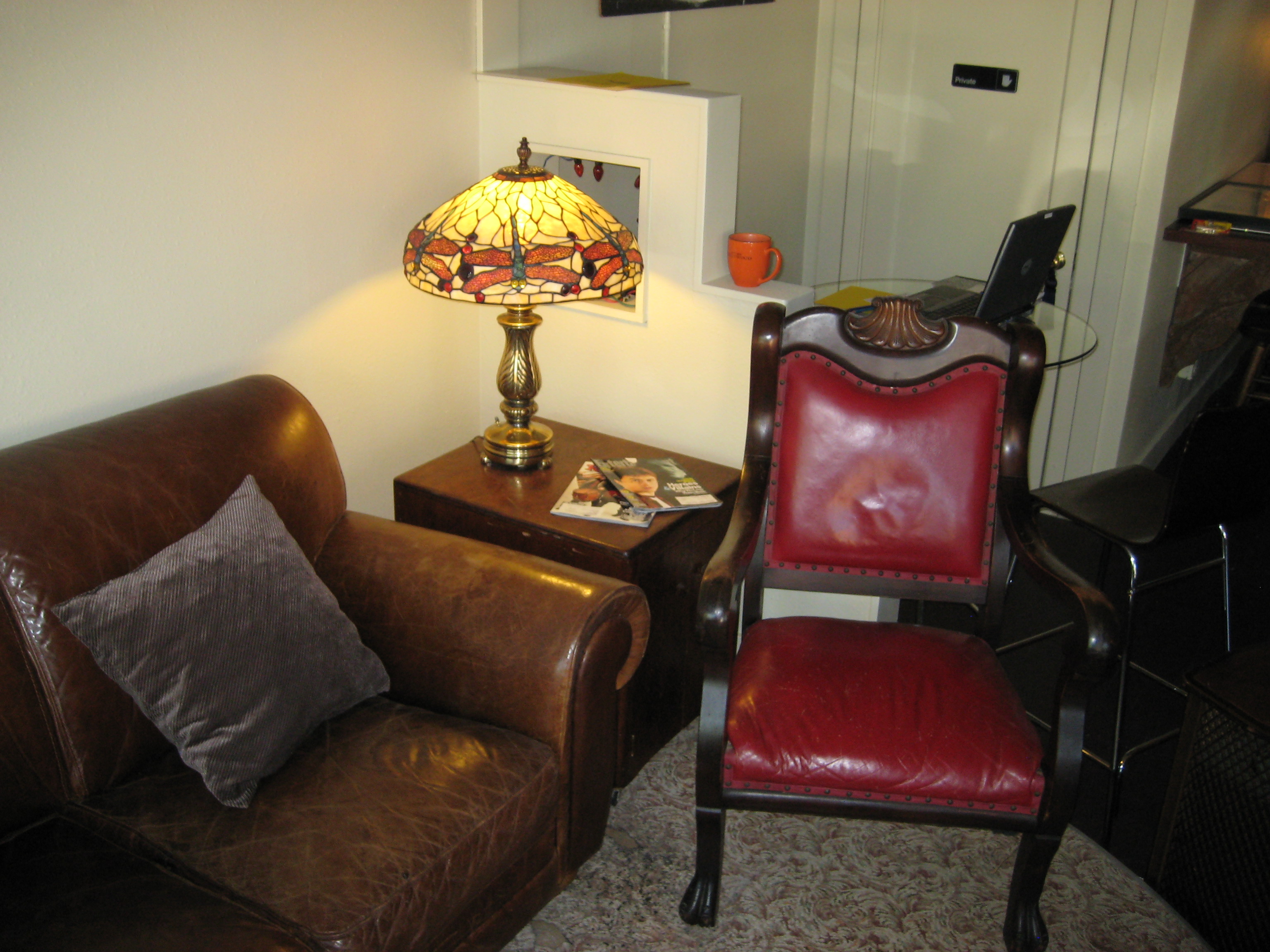