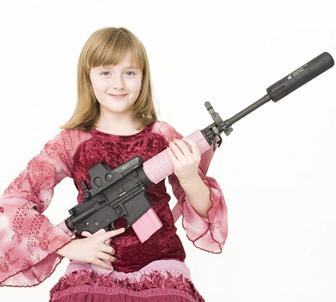 This time it went down on 1st ave. Apparently someone got kicked out of Amber and was none to pleased. Instead of going away like a nice boy, he unloaded a full clip before high tailing it away.

Here’s some tweet’s from people on the scene.

@RobLong – Coming out of Black Bottle we heard gun shots and saw a guy running down 1st Ave in Belltown with a gun. Everyone in Flying Fish ran inside.

@tracibumpus – Just ran for my life from a guy with a gun. Hid in the coat close at umi. Stay away from belltown tonight

Stay safe out there kids. We’ll get on the bike and try to get some more details.

UPDATE: 9/19 – @JacksLewis was the first to piece together the substantial information that the suspect was apprehended. Quick summary – a guy gets wasted and belligerent at Amber, stumbles outside and unloads a LOT of rounds, gets quickly apprehended.

From the SPD blotter

On September 18th, at approximately 9:45 p.m., West Precinct officers were looking for a suspect who was brandishing a handgun tucked in his waistband in the Belltown area.  Bicycle officers heard approximately 20 gunshots near 1st and Bell.  Numerous witnesses stated the suspect was kicked out of a nightclub and walked into the middle of the street and fired into the air.  Bicycle officers saw a suspect matching the description and rode up on him.  As they approached they observed the male suspect drop a handgun.  Officers took the suspect  into custody after a brief struggle. The suspect was extremely intoxicated.  Numerous shell casing s were recovered in the middle of the street. A  handgun was also recovered next to the suspect.  No persons or property were struck.  The 38-year old man  was booked into the King County Jail.

You’ve got to hand it to SPD; they hand their hands full last night. Someone overly intoxicated got shot with a pellet gun. Someone else brandished a gun in Pioneer Square last night after a verbal argument.

Maybe I’m already getting really old and crotchety. But, in my days of clubbing yore, I never experienced a situation with someone brandishing a handgun. What in the hell possesses someone to pack a piece when they’re headed out for drinks?

2 Comments on "Another Belltown Shooting"