At the start of a concert tour inside state prisons Amy Courts take a break from the road to sit on Bedlam’s couch for an acoustic set. Bedlam’s first “Couch Set” 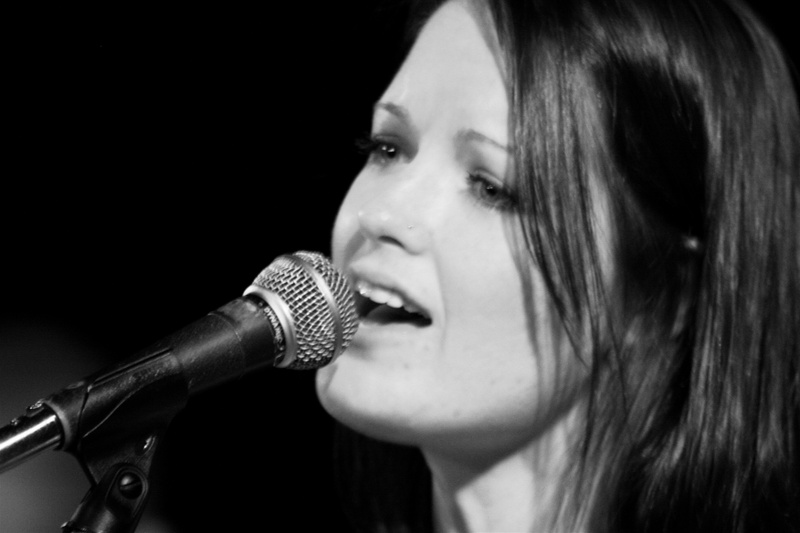 Fresh on the heals of a west coast tour, playing at places like the Viper Room, and the House of Blues, Amy with Mariah Secrest (Tucson, AZ) head into the prisons, to bring music, some light, and perhaps a few moments of joy to the inmates. The “Activate” tour includes four prisons in the Seattle area, and has included homeless shelters and refugee centers to raise money for a myriad of charities such as Mocha Club, an African aid organization, and Not For Sale, a sex trafficking organization for whom we sell products made by former sex slaves and thereby help keep them OUT of slavery.


Currently Amy is Offering a free download of “Shiver” sponsored by Microsoft. “Shiver” From Amy’s first full length album: These cold and rusted lungs. The download can be found at http://www.myspace.com/windows?homepage=amycourts

Bedlam is very excited to have Amy at the shop, setting the style and tempo for future “Bedlam’s Couch” shows of the same of similar kind. Amy’s set starts at 8pm, with an opening act on the sidewalk in front of the shop by “Jazz Jericho” http://www.freewebs.com/jazjericho/grooveyourassoff.htm

With the July 2008 release of the independent follow-up to her 2005 EP, THESE COLD AND RUSTED LUNGS, produced by Nelison Hubbard (Garrison Starr, Matthew Perryman Jones, Kate York, Matthew Ryan), Amy Courts shows with effortless fluency that she is indeed here to stay. With her trademark impassioned vocals, captivating melodies, and audacious honesty, she ably takes on love, heartache, spirituality, and personal demons. Though her voice and songs invoke inevitable comparisons to great singer-songwriters like Jennifer Knapp, Patty Griffin, and Derek Webb, her sound and experience are uniquely her own, and are delivered with a rare distinction.

Since making the move to Nashville in September 2003, Amy released a debut EP, took on marriage and step-motherhood, quit her day job, embarked on a full-time career in music, and became an artist sponsor with the African Aid organization, Mocha Club. In promotion of her music and Mocha Club sponsorship, she has performed hundreds of acoustic and full-band concerts across the nation, including four Major League Baseball and NASCAR National Anthem performances and an acoustic pre-game fan concert in the Summer of 2008 for hundreds of thousands of fans at the Chicago White Sox, Atlanta Braves, Atlanta Motor Speedway, and Kansas City Royals. Additionally, her first two singles from THESE COLD AND RUSTED LUNGS – “Shiver” and “The Liars” – are currently playing in regular rotation on over 150 stations worldwide and have both reached #3 on CRW’s Independent Radio Charts.

“The past five years have been a bit of a whirlwind,“ Amy notes. “As my life has expanded into marriage, step-motherhood, and lending my voice and passion to the incredible needs in Uganda, I’m constantly aware of the need to deliberately give myself to something bigger than me. Whether by giving my family an hour of time I might rather spend writing or resting, forgiving someone who hasn’t asked for it, being deliberate about spiritual quietness, or acting on my human responsibility to care for the fatherless and the widow simply because I am able, I’m continually challenged and inspired to reach beyond my own issues into a wider sphere and higher calling.”

And reach she does. As her life and passions have evolved, they have delivered Amy into a place of greater personal maturity and global understanding, which she explores in depth. Without becoming egocentric or self-indulgent, she dives into common human experiences with profound effect. In the rock ballads, “Hold You Up” and “Company,” Amy expresses that despite hurt, frustration, and time spent apart in marriage, committed, unconditional love is the end-all. Paradoxically, “Inevitable” and “I Told You So” relate to the harsher sides of romance, when efforts are exhausted and love isn’t quite enough.

The more personal memoirs of “The Liars” and “Barely Breathing” show Amy fighting the inner demons of fear and disillusionment that invariably accompany spiritual drought. And still, she draws the focus back to ultimate hope with “Nothing Better” and “In You.”

Though undeniably heavy and occasionally dark, Amy’s message music is ultimately a declaration of abandoned hope and a call to greater personal action. Where other artists skim the surface or sit comfortably in the realms of musical interest alone, Amy digs deep and gives generously from those depths. Whether through her on-stage performance, or in her daily passion for global and local social justice, Amy makes an indelible mark on everyone she meets.

Other Press related to Amy Courts;

Sue Kline | Discipleship Journal | September/October 2008 Print Edition (pg.14, on These Cold and Rusted Lungs): “In Amy Courts’ first full-length release, I hear echoes of King David crying, ‘Lord, why won’t You answer me?’ or the Apostle Paul moaning, ‘What’s wrong with me? I want to do right, but I don’t.’ With raw honesty, Courts pens and sings melodic rock ballads (and an acappella hymn) about the desperate seasons of the Christian journey. Yet light always peeks through, leading us to proclaim, ‘In Your shelter wounds are mended, stirring hope in what remains’ (from “In You”). These Cold and Rusted Lungs gives us a language for baring our souls to God and pleading for His solace.”

Randy Brandt | Al Menconi Ministries | Full Review: (on These Cold and Rusted Lungs): “Amy Courts continues to forge a path influenced by artists like Jennifer Knapp, Patty Griffin and Jonatha Brooke, but the end result is uniquely hers, a refreshingly authentic statement in a plastic world overrun with trite lyrics….These Cold and Rusted Lungs [is] a tour de force of the singer/songwriter genre.”

Bruce von Stiers | BSV Reviews | Full Review: (on These Cold and Rusted Lungs): “If you were to only pick one Christian music album to add to your collection this year, then These Cold And Rusted Lungs should be it. Amy’s faith shines through the lyrics on the songs and her vocals are beyond wonderful. Add to her voice the wonderful keyboard and guitar playing and you get a multi-faceted faith based artist.”

JT Indie | Full Review: (on These Cold and Rusted Lungs):

“The music was a great comfort and Amy’s Voice is something that gets inside you, past all the walls and scars of the years….Amy is a Vocal Poet. Her turn of phrase and choice of words paints mental pictures that are clear and rich in detail. This is an album that I will no doubt pull out and listen to for the pleasure of the music, but it is also an album I will pull out and listen to for the message and the comfort it brings.”

Into the Hill | Full Review: (on These Cold and Rusted Lungs): “Like most of us, though we are usually too inept or afraid to say so, she found doubt, lies, prayer, God, the joy and incessancy of her own breath, some darkness; and she found light, faith, hope, and love, all fast-bound and steady, anchored in the deeper waters of her inner truth…With Amy, above all, I enjoy the reach. I appreciate the gall to dig into self and expose what is there, good or bad, right or wrong, rusted lungs, mud puddle, peace.”

Bob Felberg | The Phantom Tollbooth | Full Review: (on These Cold and Rusted Lungs): “In her first full length album, These Cold and Rusted Lungs, Amy Courts sounds frail, frustrated and vulnerable. She takes on massive subjects like love, heartbreak, personal demons, and the concept of a Holy yet still personal God. …But she is up to her monumental, unsettling task.”

RE:gard | Full Review: (on These Cold and Rusted Lungs): “Clearly someone has got it figured out, because they produce the most staggering melodies. Courts’s (independently released) sophomore album These Cold and Rusted Lungs is brimming with honesty….I’ve always been a bit jealous of throaty voices. They make you want to care about them. I’ve heard two songs & I already care.”

Lo-Fi Tribe | Full Review: (on These Cold and Rusted Lungs): “Amy is obviously gifted, versatile, and at all times passionate and honest. Every track is a dive into human experience, spiritual frailty, and a thirsty search for God. In a world of over-produced Christian pop, and corny Jesus songs, Amy Courts’ These Cold And Rusted Lungs is a godsend. It is better than most sermons. It is that good.”

The Good Flea | Full Review: (on These Cold and Rusted Lungs): “I listened to this album once, maybe twice, before it became like my tye-dyed turtleneck. Soft, comfortable, earthy, deep colors, begging to be worn often. I like it. Liked it right off.”

The Blah Blah | Full Review: (on These Cold and Rusted Lungs):”You can hear people crying and praying and searching for God in her songs, and you feel better knowing you’re not the only one who’s felt that way. And in the midst of it all you know there’s light coming, because no matter how much you doubt, you still know God is good.”

Mark Hollingsworth | Former manager for Petra, Sixpence None the Richer, Smalltown Poets, and Steve Taylor: “Amy’s expressive longings accented with her husband Paul Koopman’s guitar figures (reminiscent of Lindsay Buckingham) and then combined with a lament that we can all relae to at time in our faith journey make for a powerful concoction …Her music doesn’t insult the intelligence of her listeners. No cliches, no pablum. It presumes the listeners think deeply and are yearning for something that help them as they explore those inner feelings.”

Andrew Greenhalgh | Content Editor, Soul-Audio.com (on “The Liars”): “Be sure to check out our latest feature download, ‘The Liars,’ from singer-songwriter Amy Courts. Taken from Courts’ first LP, These Cold and Rusted Lungs…this track showcases the artist’s more than capable vocals and a bare-bones honesty within the songwriting.”

Matt Conner | Editor-in-Chief, Soul-Audio.com (on These Cold and Rusted Lungs): “I absolutely love this debut and think it’s one of the year’s best thus far – honest, simple tunes that are allowed to be what they are without having to add any pop radio flair to them.”