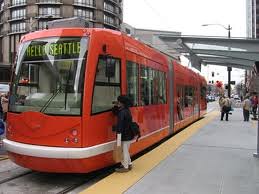 Belltown business owners, property owners, and citizens should be aware that the proposed First Avenue Streetcar (officially known as the Central Line), which is proposed to run from the King Street Station, through Pioneer Square, and up First Avenue through Belltown to the Seattle Center is still very much alive. Currently, the City Department of Transportation (SDOT) is focusing on a 2.5-mile segment of streetcar that is to be constructed from King Street up First Hill. Funding for this project was provided as part of a voter-approved package of transit improvements a couple of years ago. SDOT has completed the evaluation process for selection of a general contractor/project manager and is issuing a Request for Proposal for the manufacture of the streetcars for First Hill. In the City Council’s approval of the overall streetcar program in May 2008, they identified the Central Line as high on their list of priorities for the City-wide system, but there has not been much emphasis on moving forward with this project probably because of community support and funding issues. The City has been hoping to secure a large part of the funding from the Viaduct replacement project, but so far this has not borne fruit.

Support of the program has been mixed in Belltown. When Greg Nickels was mayor, he visited Belltown to appear at a BBA sponsored breakfast event at the El Gaucho, which ended up being a rather virulent forum on the Central Line streetcar with a preponderance of First Avenue business people showing up to vociferously complain to the mayor. Most of the comments at that forum were directed to economic impacts of the construction project on First Avenue businesses and the loss of parking once the project was completed.

Funding has also been a significant issue because a high percentage of the construction for the existing street car on Lake Union was funded by a Local Improvement District (LID), i.e., by taxing neighboring property owners. Of course, one of the major property owners along this line was streetcar supporter Paul Allen’s Vulcan Properties but other owners, up to 4 blocks away, were assessed several thousands of dollars in LID taxes to help pay. In the May 2008 presentation for the Central (First Avenue) Line, it was proposed that $95 million of the estimated $205 million cost would be funded by a similar LID, but not much has been said about this since.

It will be interesting to see what direction the City takes once the First Hill segment is completed. They are already spending millions of dollars renovating the King Street Station which, among other transportation uses, will serve as a hub for the streetcar system including the Central Line.